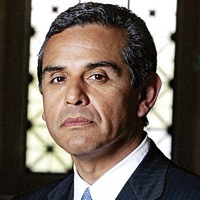 “Seriously bro, do you know how easy it was to get laid when I was bringing the ladies home to the Los Angeles Mayor’s mansion in Hancock Park?” he asked PNS. “Without the title and the house, I’m like, just another short Mexican guy in LA, you know?”

Villariagosa said he would by no means want to upstage the new mayor, but perhaps the two could become bros.

“Maybe the new mayor could be my wingman, you know? Or, maybe I could just stay in the mayor’s mansion and we could be roommates?”

PNS hasn’t seen it yet, but chances are Villaraigosa is going to be checking Craigslist for available Hancock Park rooms soon.