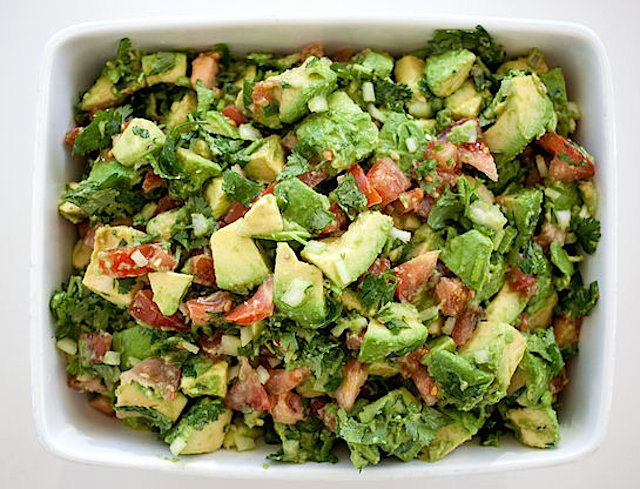 The Foo Fighters are very particular about the Mexican food required backstage.

And singer Jack White (ex White Stripes) either is or is not a “guacamole diva,” depending on who you believe. The NPR’s food program The Salt (WHAT’S ON YOUR PLATE) serves it up this way:

Here’s the recipe for White’s guacamole, as specified in his contract rider. What do you think?

8 x large, ripe Haas avocados (cut in half the long way, remove the pit—SAVE THE PIT THOUGH—, and dice into large cubes with a butter knife. 3 or 4 slits down, 3 or 4 across. You’ll scoop out the chunks with a spoon, careful to maintain the avocado in fairly large chunks.)
4 x vine-ripened tomatoes (diced)
1/2 x yellow onion (finely chopped)
1 x full bunch cilantro (chopped)
4 x Serrano peppers (de-veined and chopped)
1 x lime
Salt & pepper to taste
Mix all ingredients in a large bowl, careful not to mush the avocados too much. We want it chunky. Once properly mixed and tested, add the pits into the guacamole and even out the top with a spoon or spatula. Add 1/2 lime to the top later so you cover most of the surface with the juice (The pits and lime will keep it from browning prematurely.) Cover with plastic wrap and refrigerate until served. Please don’t make it too early before it’s served. We’d love to have it around 5 p.m.