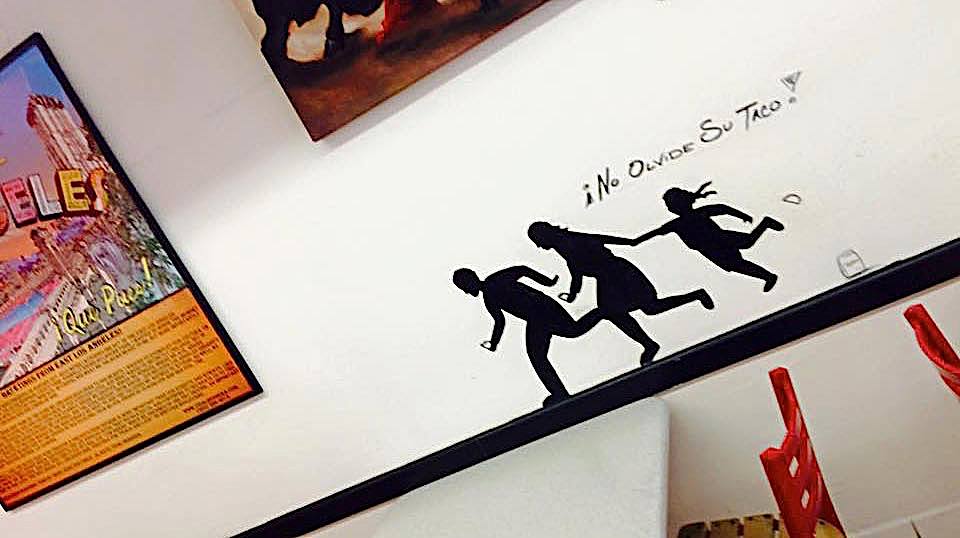 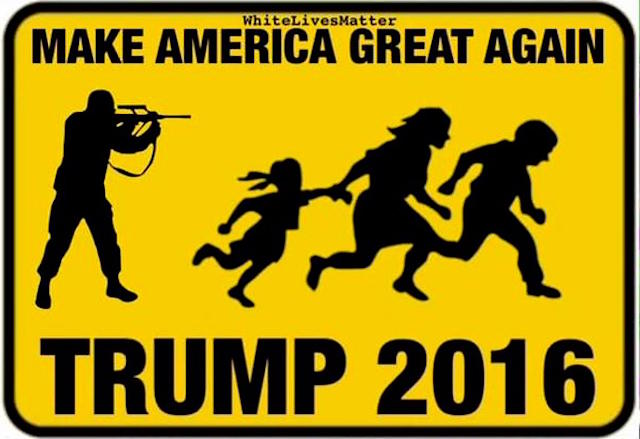 (PNS reporting from EAST LOS ANGELES) Neighborhood taquerias are on lockdown today with customers urged to “shelter in place” as Donald Trump’s immigrant-hating white wing campaign for the GOP presidential nomination heats up.

“It’s lucky we were running to the left,” father and husband Oscar Morales told PNS between bites of tinga de pollo smothering one of Guisado’s justifiably-famous homemade tortillas.

“If Victoria and the niña and me had been running in the other direction, that GOP Klansman would have us lined up in his scope. We’re staying here at Guisados until it’s safe, or at least until they start serving breakfast early on Saturday mornings and not just Sundays.”

“Make sure you try the tacos de calabacitas and the conchinta pibil,” he added. “Señorita, señorita! Another homemade horchata for my friend, por favor!”