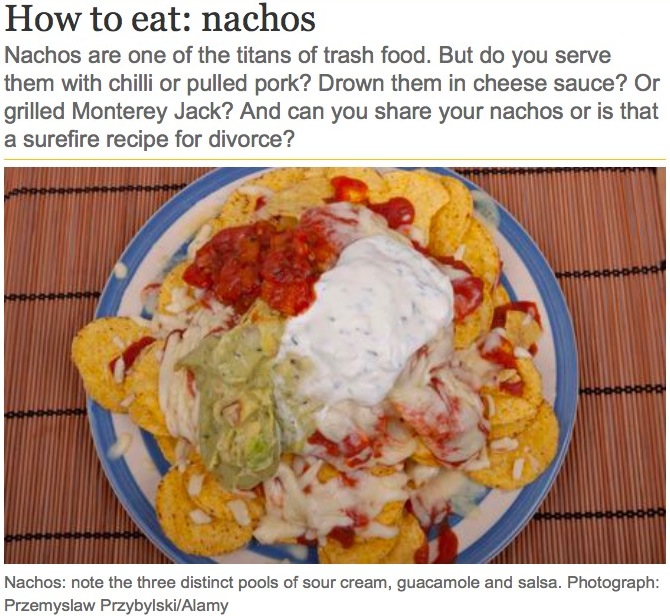 Buenos dias, amigos. This month How to Eat – the Word of Mouth series debating the best way to eat our favourite dishes – is going down old Mexico way … kind of.

Advocates for Mexican food must despair that a dish created on-the-fly by a harassed maître ‘d is one that defines Mexican cuisine for a global audience, but such is the popularity of nachos. A matter of assembly rather than cooking, which is a big part of its appeal, Ignacio Anaya’s creation is, in many ways, the definitive, filthy fast food.

One that is as big in Britain’s bars, cinemas and student halls as it is in Ohio baseball stadiums, with just as many interpretations available. Which can’t be right, can it? Because, as regular readers of this series know, there is only one acceptable way to eat nachos, and that’s this way.

More about eating this filthy food at The Guardian, which is where we got the screen captured image and headline…