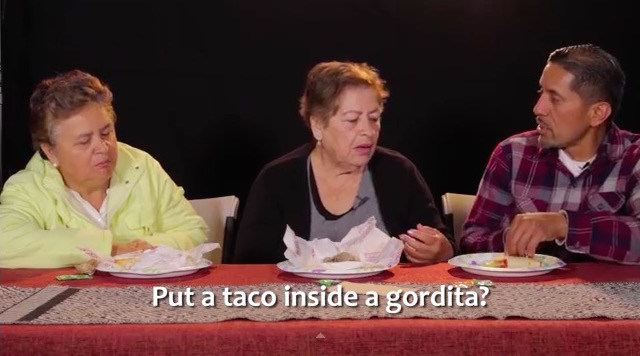 When BuzzFeed served some Taco Bell specialties to L.A. Mexicans, reactions were — let us say — mixed. We know it’s L.A. because they mention King Taco in East Los. Try it, you’ll like it. We also recommend Guisado on Cesar Chavez. And Eastside Luv right by Mariachi Plaza offers a great selection of refreshing beverages for an 80°March day like today.

So say we all.