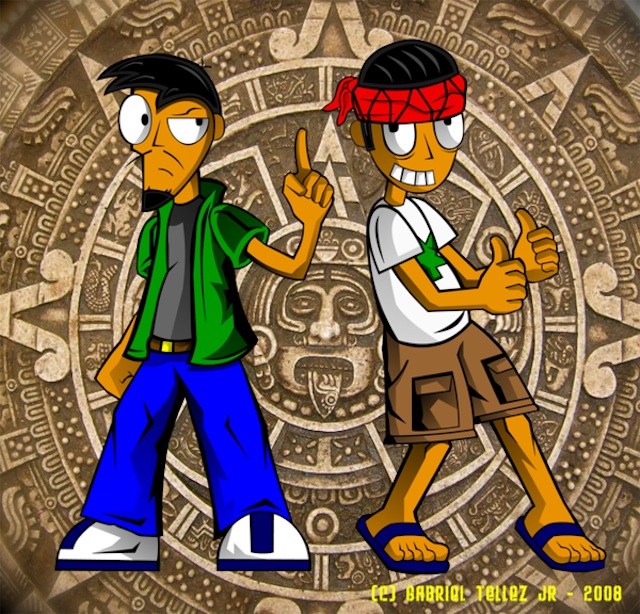 The Misadventures of Pepito and Juan will debut on POCHO at midnight, May 5, Cinco de Mayo. Look for a new episode every night at midnight until we run out of cartoons, or creator Gabriel Tellez, Jr. makes more.

What’s it all about? Per Tellez:

Pepito (left): The highly intelligent, politically/socially conscious Chicano who is considered “too liberal” by conservatives, and “too soft” by self-proclaimed revolutionaries. Though a progressive reformist at heart who likes to be “the middle guy” in social and political issues, Pepito despises hardcore conservatives as much as he despises Che-shirt wearing teenagers who don’t know what they are protesting about.

Juan (right): While being the more friendly and outgoing one of the duo, Juan isn’t really too bright when it comes to more important issues that plague society, and would rather smoke weed than join Pepito in his quest to empower the Latino community. Juan is also flirtatious at heart, as he always seems to find the time to hit on all the pretty girls he comes to contact with (which usually ends up in slaps to the face.)

Published in cooperation with Tellez, who is a hoopy frood.