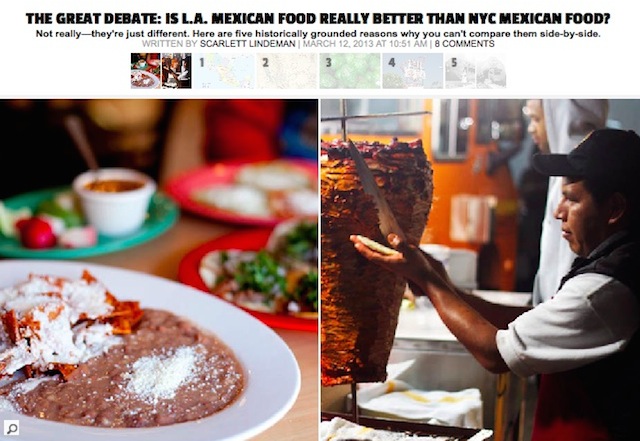 I read jur article ^^^^ on the google about the Los Angeles Mexican food is not better than the New Jork food but different. Tia Lencha’s chonies are in a bunch. Is that how ju say? Ju don know what ju are talking about.

These are the reasons gwhy:

Okay, I feel better. I going to make myself a nice albondigas soup. Thas meatball soup for ju pochos. Gringa, have ju ever had it? Is good! I invite ju over, gringa, and I make ju some.

Republished with permission of Tia Lencha’s Cocina. All rights reserved.