A couple of years ago, the wifey and I were just outside Albany, Kentucky (pronounced “Al-BANE-EE” down there), when my dad’s 2005 GMC Yukon told me something it had never shared before.

“LOW TIRE PRESSURE” a sensor on the dashboard screamed once I went to turn on the ignition, a sensor I didn’t even know existed.

I went outside to see whether the Yukon’s rudimentary (nowadays) computer was going loco, but dagnabbit, it was true. There was a big nail in the left tire.

We had to drive about 20 miles to the nearest tire shop, where a good ol’ boy patched the hole for $5. “Those GMCs know more than God sometimes,” he said. “Great SUVs.” 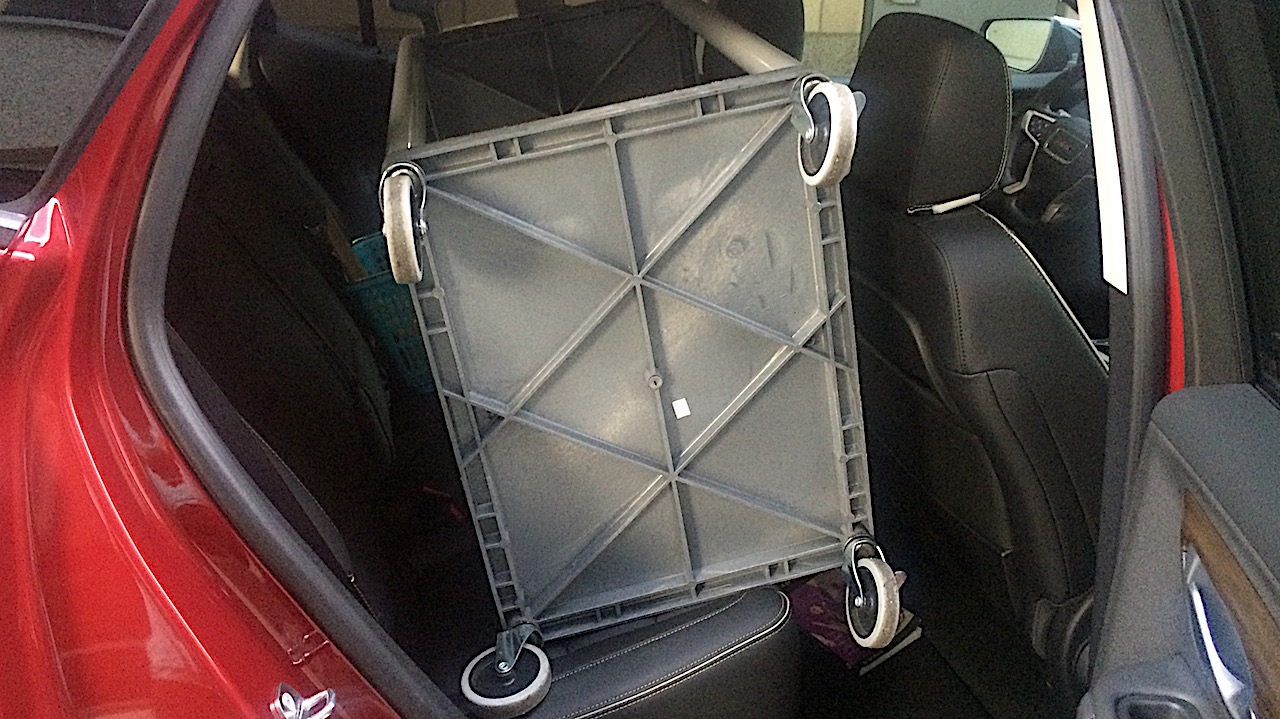 I remembered that incident the second day I drove a 2018 Terrain, GMC’s smallest SUV. It was a sleek little beast, roomier than you’d think (as my photo shows) and with the zip of a far-smaller car. I was ready to speed off to Los Angeles for a story. So I go to turn on the push-button ignition. “LOW TIRE PRESSURE” the dashboard blared. I went outside—again with the big nail on the rear driver’s side tire!

General Motors cars now come equipped with all sorts of sensors that you can access through buttons on the steering column, so I called up the one that showed the tire pressure. The faulty one registered at 31 PSI; the good ones were at their recommended 38. Hell, it turned out that I was driving my dad’s Camry at 25 psi for a while and didn’t know any better. An untrained eye could barely discern the difference — but the GMC could.

ALL HAIL OUR GMC LORD.

The rest of my time with the Terrain was wonderful. Whether on freeway or streets, the ride was smooth, the automatic braking technology always on point, the night lights sharp and strong. It had a push-button transmission on the dash that made me fear the Terrain was an Edsel in disguise — but they all worked smoothly

In fact, the Terrain was so much fun that it got me thinking: maybe I should buy an SUV after all.

Now that I’m a freelancer, I have to drive more often than I used to. And while I love my ’68 Bus and ’79 Ford Supercab, they guzzle more gas than Scott Pruitt. I loved the Chevy Cruze hatchback, but my wife has a store, so I need something a bit bigger. That Buick Enclave I drove earlier this year is gorgeous, but I make Nissan Versa money.

The Terrain, though, is a perfect baby SUV. The starter one has an MSRP of $25,000. It can seat 5, which is more than enough room to shove in a cart, a cooler, an ice bucket, and a bunch of pan dulce, like I did nearly every day for my wife while I had the car (guys: if you ever lose your job and your wife has a business … well, you get a job for free!) 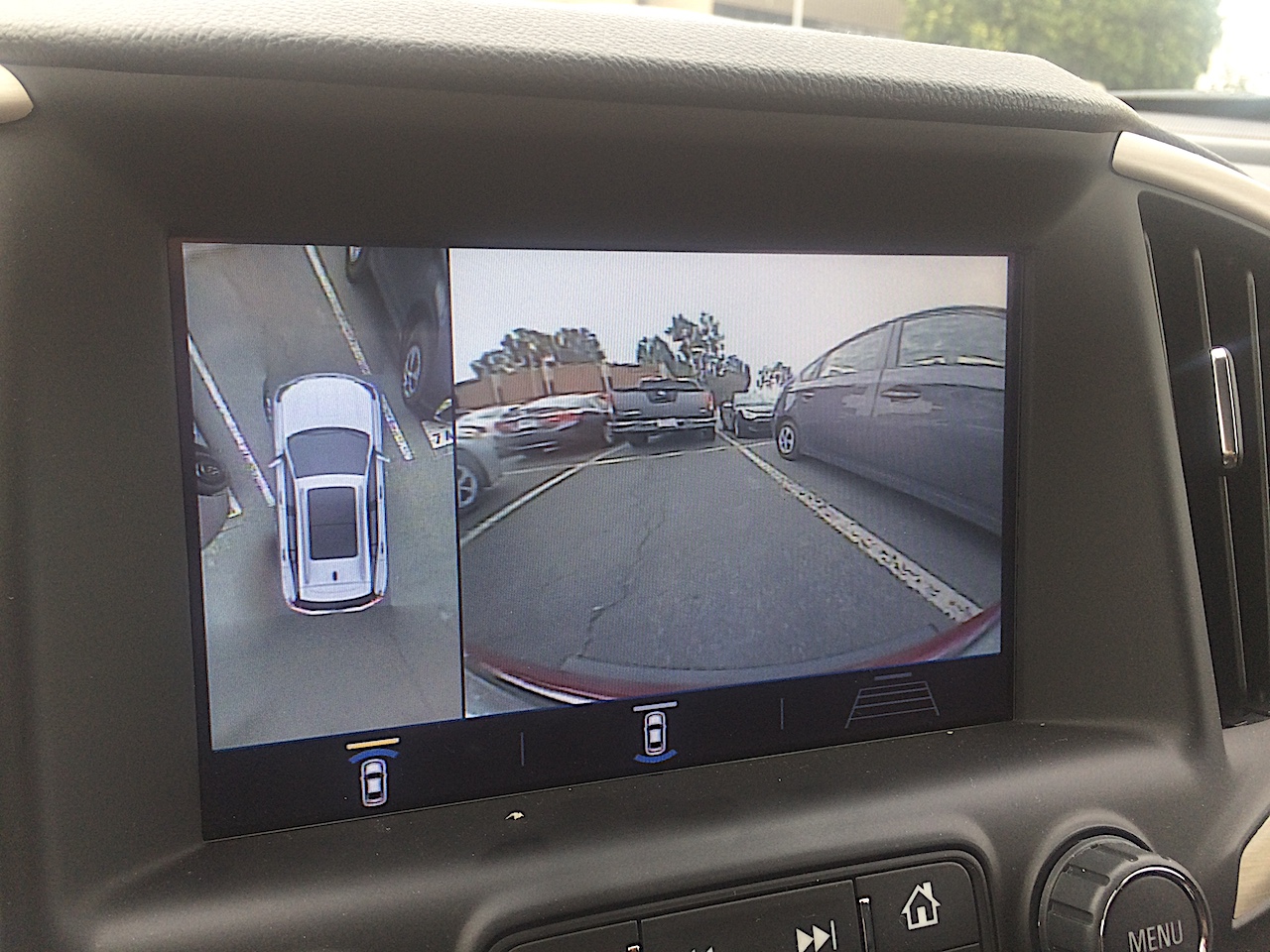 It also has that awesome feature that seems de rigeur now on GM cars where you can see a God’s-view shot of the car on your dashboard screen (I took this photo, not God) while backing out (GM should call it Grand Theft Auto Technology, because when I described the system like that to my friends, they understood IMMEDIATELY and wanted it on their cars).

The few critiques I have of the Terrain are the same I found on the GMC Acadia I drove last year to the South: minimal, and mostly aesthetic. The Terrain’s radio antenna should’ve been more powerful: it faded out whenever I was in the middle of a downtown. Between a knob on the dash, the interactive dash screen, and the steering column, there were three distinct ways to search for a radio station — overkill. The voice recognition technology didn’t understand Spanish words (to be fair, NO Siri-eque device in the world understands Spanglish. OK, raza: who’ll be our Steve Jobs on voice recognition tech?).

Given the Terrain is supposed to be smaller than the Acadia (the next-level GMC SUV), I was also surprised they get the same gas mileage. And the navigation system was outdated.

When I punched in the word “Suavecito” so I could hit up their snazzy SanTana headquarters off of First Street, the Terrain’s system instead took me to their old Warner Avenue factory, which they haven’t occupied for at least a year. I nearly missed out on brilliantine, fam.

It doesn’t matter, at the end: it’s GMC, the Cadillac of SUVs. And the company always keeps what works and fixes what doesn’t. The one thing I hate about my dad’s Yukon is that taking down the rear seats to make more room is a nightmare of pulling up the seat, clinking back the head rest, then hoping that whatever sorcery that makes it work actually makes it work.

ALL HAIL OUR GMC LORD.

Full disclosure: GMC allowed me to use the car for gratis – but I paid for the tire patch.