A long time ago, in a galaxy far, far away, POCHO Jefe-in-Chief Lalo Alcaraz brought Star Wars into the La Cucaracha universe. And the Fourth was with him…and with you!

[Artist unknown. Via the Internets.] 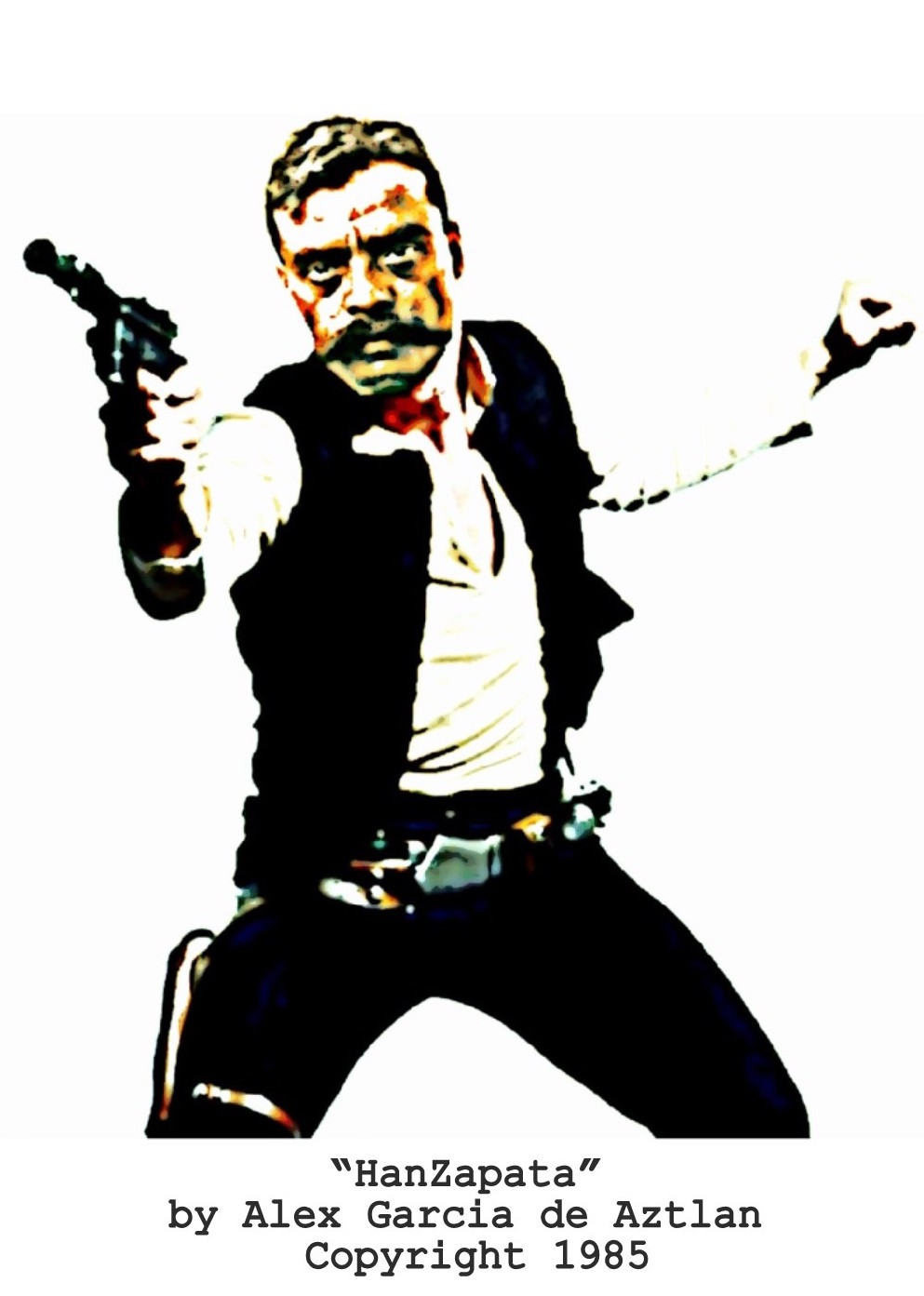 We all know Star Wars ripped off of Latino culture. Accept it! Chuy Baca? Juan Solo? Luke is a farm worker who drives a lowrider and wants to join the military?

Well, here’s the final proof submitted for your approval: Galaxy de Pasion.  Bet Juan Solo has no problem making the Kessel Run in the back seat of this Galaxy!

Raza living on both ends of Galaxia Boulevard, from east to west are all aguitado. Things are so hot, a homeboy can’t roll down a calle without getting mad dogged by every watching eye. They take out their frustrations on each other.

Meanwhile, Luke Starewalker, is at the mercy of his sister Princess Bella. Luke works at El Mas Chingon Body Shop and defends it from bitch-ass hater licensiados y oficiales. Starewalker has visions of OG Homie Juan Kanobi that teach him the ways of the Deadeye Knight, a fuerza that shakes of hater’s mean mugs.

On Galactica Avenue, Hans Cholo is vulnerable without wheels. Chuey Vaca is somewhere in the barrio driving around aimlessly.

Down the block, the E-Walks are on patamobile because they haven’t made their first payment to El Mas Chingon Body Shop for a set of 24’s. 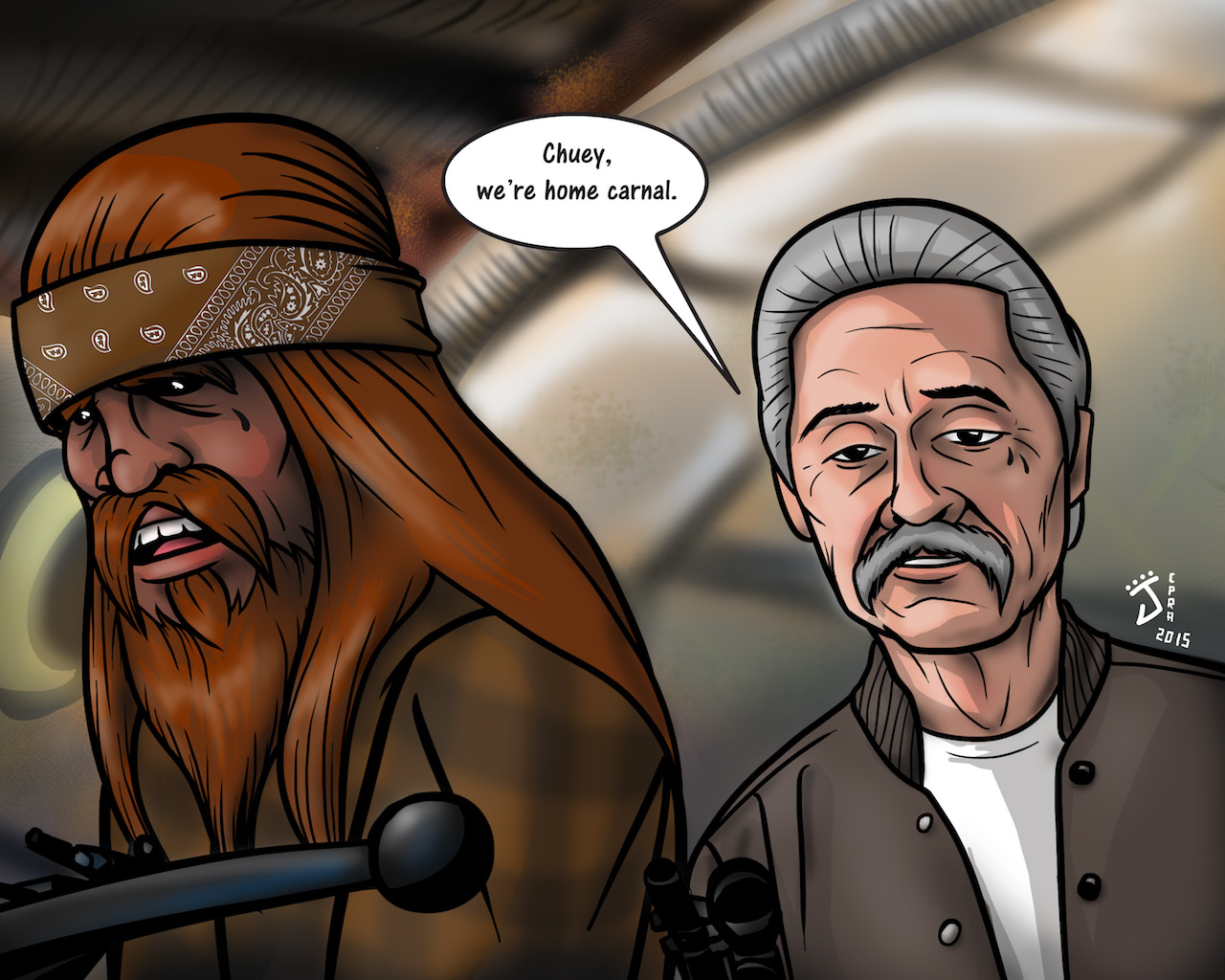 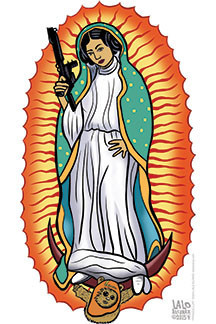 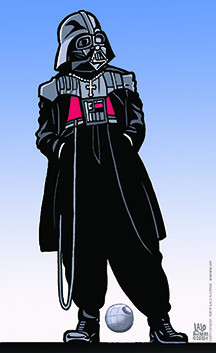 Princess Lupe and Darth Chuco prints are for sale at the Lalo Alcaraz Art Shop. 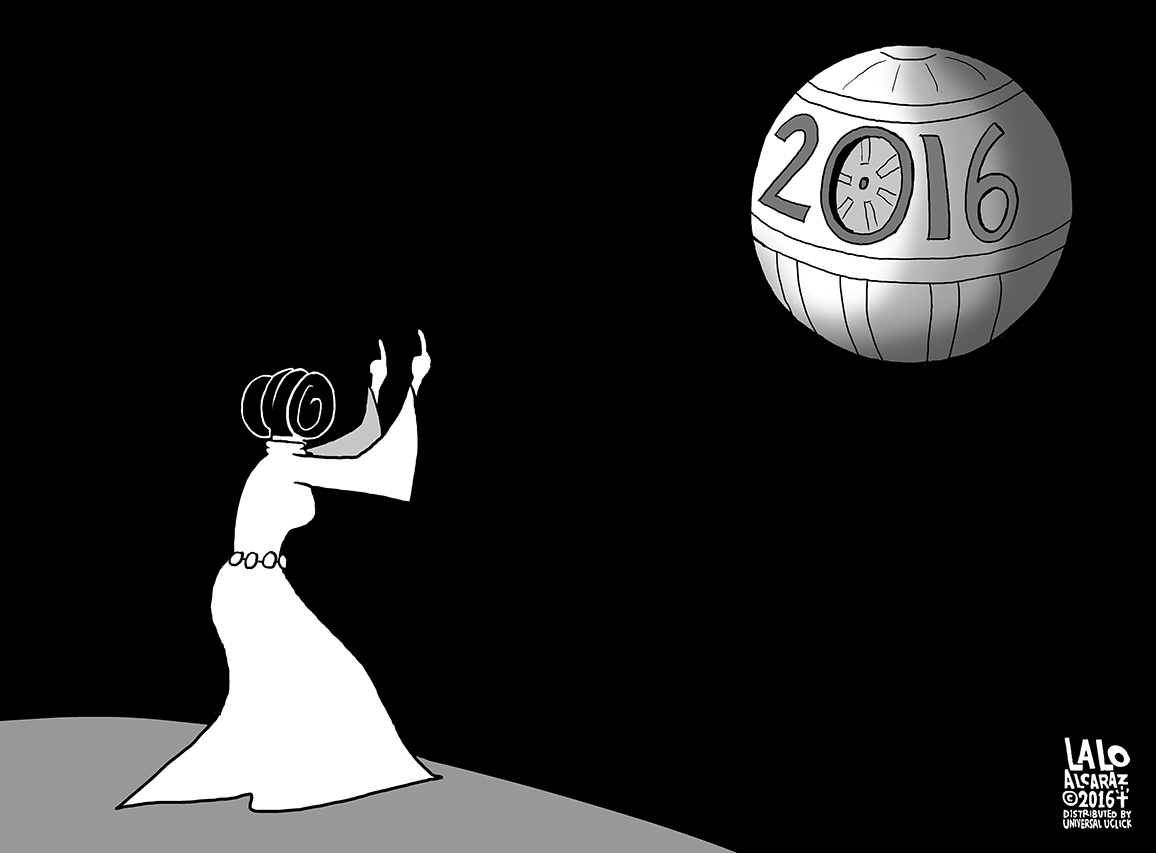 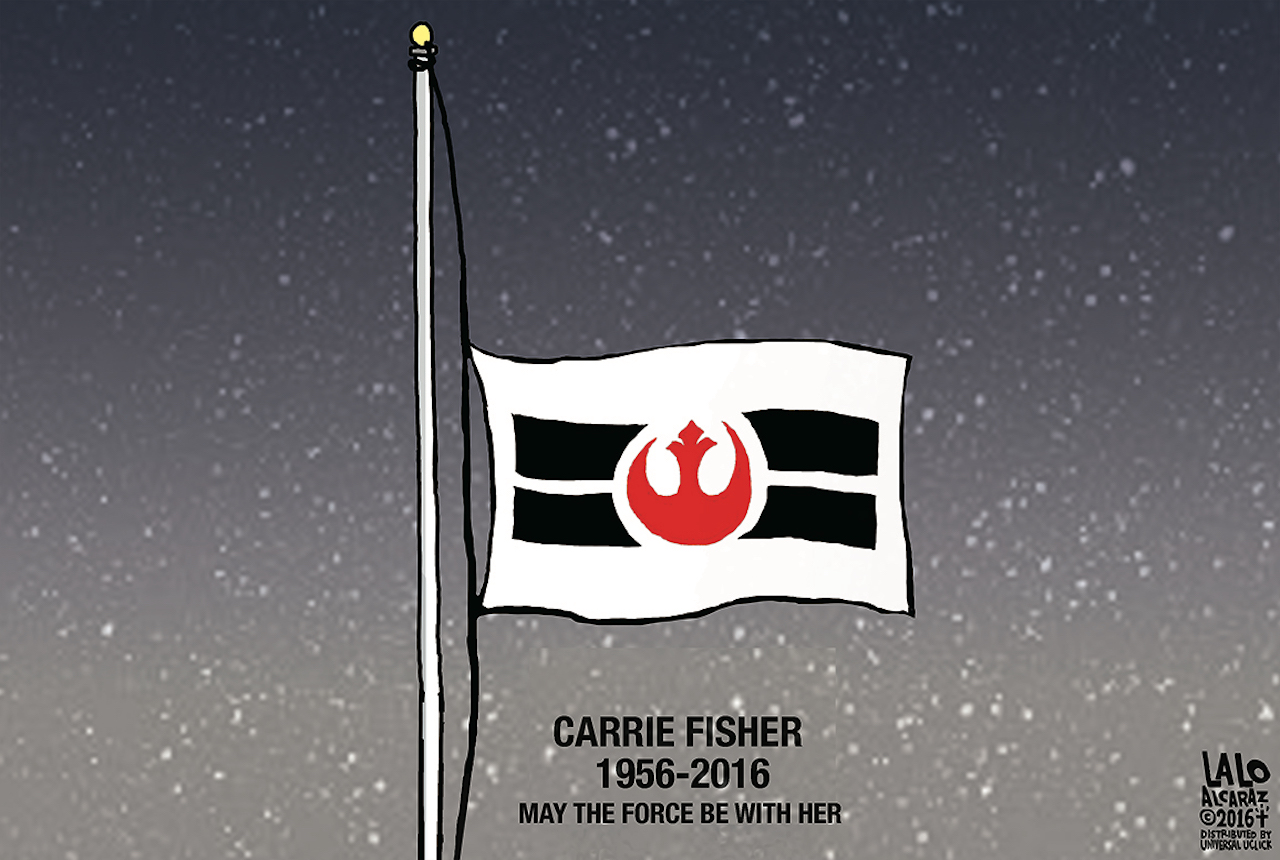