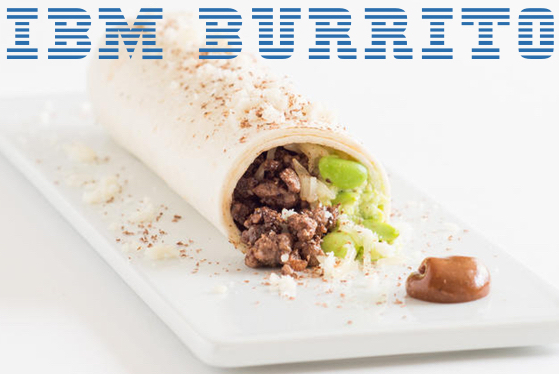 It’s the worst burrito I’ve ever had.

I don’t know another way to say it. I’m staring at my plate in disbelief. Could burritos be bad? Yes, yes I’d just learned. But that’s not the biggest shocker. The biggest shocker is that this recipe was largely designed by Watson, IBM’s best artificial intelligence—one that had already fed me one of the most uniquely delicious BBQ sauces I’d ever eaten.

I thought through the recipe in my head again. I’d cheated a little, but not enough to ruin a good thing. What went wrong? 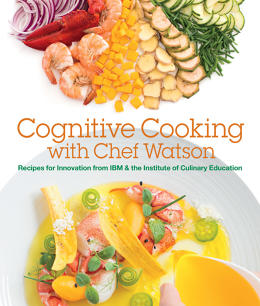 It’s a beautifully photographed book, full of challenging recipes that require modernist techniques like sous vide and spherification. But the cookbook’s most intriguing recipe is also its simplest to both cook and source: an Austrian Chocolate Burrito.

As a polyamorous lover of the entire burrito medium, I had to try it. I was a little skeptical looking at the recipe. Its ingredients resembled a citrusy chocolate truffle as much as any burrito I knew. But this was Watson, after all. Watson beat Ken Jennings in Jeopardy. Watson could probably beat Kasparov in chess. Surely, Watson could design a burrito recipe better than some self-taught home cook.

Chef Watson creates unexpected, but delicious food pairings by nature. That’s in fact the software’s value—to suggest ideas we wouldn’t think of on our own (which is why IBM sees Chef Watson as a precursor to a Watson engine that could help doctors diagnose illnesses, or investors spot the next hot stock).

And yet. This burrito recipe is a strange beast. The ground beef isn’t an odd ingredient, nor is the chocolate if you’re familiar with traditional Oaxacan mole. But it contains almost no flavors you’d associate with either Mexican or Tex-Mex cuisine. No peppers, cumin, onion, garlic, or herbs of any sort. 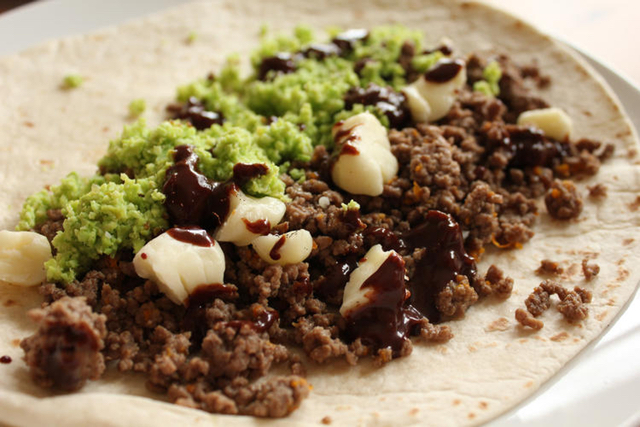