In his freshman year at Stanford, @MexicanMitt Romney and his Kappa Lota Gelta fraternity brothers made a music video under the name Joe King Carrasco and the Crowns. In retrospect, Dinero seems prophetic, showing the future Bean Capitalist’s magic carpet knack for amassing large amounts of other people’s cash. (The future Mrs. Ann Romney is on keyboards.)

In other news, @MexicanMitt’s campaign released a new poster: 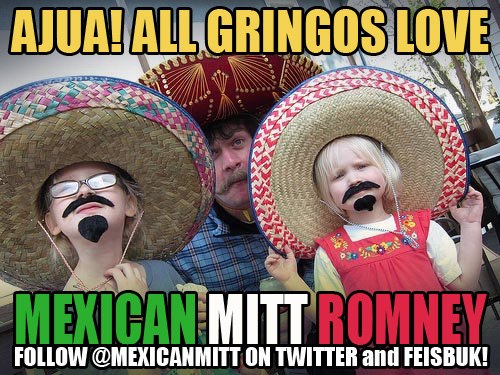