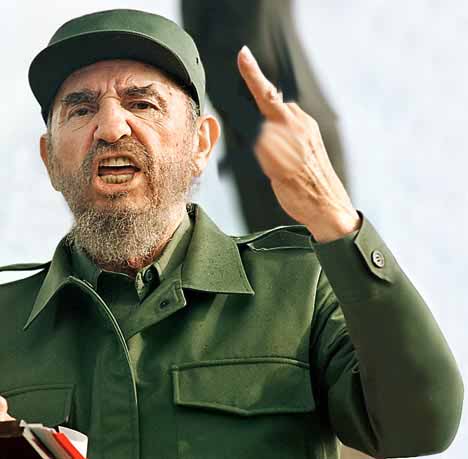 Exit visas, which were required along with a letter of invitation in order to travel abroad, made leaving the country impossible for most Cubans, many of whom resorted to building homemade rafts from coconut parts and cigar paper in order to sail towards the United States in hopes of reaching dry land.

Per the U.S. “wet feet, dry feet policy” any Cuban who manages to make it to U.S. soil is allowed to remain – no questions asked.

Under Cuba’s new policy, being dubbed by Castro as “KMA” or “Kiss My Ass,” residents will be allowed to remain “abroad” for 24 months, and the time limit can be extended. Castro says that he doesn’t expect anyone to actually return and further, that, “he doesn’t give a shit.”

While many are excited about the new policy there will still be travel restrictions on doctors, scientists, members of the military and others considered “valuable” to Cuba. In short, Castro said that anyone who is sick, incarcerated, mentally ill or homeless is now “free to find their way in America” and also “blow me, Uncle Sam.”

Changes to the law are set to go into effect Jan. 14, 2013. Castro’s estranged, exiled son Florida Sen. Marco Rubio, was unavailable for comment but was said to have been spotted in several plastic surgeons’ offices around the Miami area.