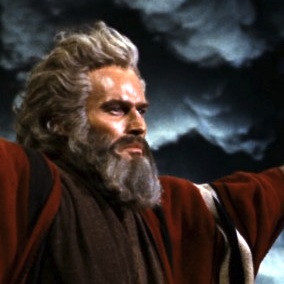 In The Beginning: For 37 years I lived my life without realizing I was Hispanic.

A few days ago, while waiting for the bus, I overheard a conversation that changed my life. A gentleman was speaking Japanese with several ladies, and when they reverted to English, the ladies asked him, “Well if you’re not from Japan, what nationality are you?” He replied that he was from Brazil. This did not surprise me, as there are over 1.5 million Brazilians of Japanese descent.

His response did make me wonder, however, about how Americans define “Hispanic,” whether this gentleman would consider himself Hispanic, and whether he met the U.S. government’s definition(s) of Hispanic.

The Office of Management and Budget (OMB) defines Hispanic as:

persons who trace their origin or descent to Mexico, Puerto Rico, Cuba, Central and South America, and other Spanish cultures.

The Department of Transportation (DoT) defines Hispanic Americans as:

persons of Mexican, Puerto Rican, Cuban, Dominican, Central or South American, or other Spanish or Portuguese culture or origin, regardless of race

It should be noted that the DoT definition is the more recent and more widely used definition.

So that answered my initial question. Yes, the Japanese-speaking gentleman from Brazil would be considered Hispanic if he chose to move to the United States and (and this is a big ”and”) self-identify as such:

Self-identification is key to the government’s goal of understanding the increasing complexity of race in America. In the 1990′s, OMB recognized that a new Federal system for reporting racial and ethnic data would need to reflect the increasing diversity of the Nation’s population due to growth in immigration and interracial marriage.

But What About Moses?

I recently submitted a cheek swab for DNA analysis to help me connect with distant relatives who are researching our mutual ancestors. Along with specific information about living cousins, I also received the following genetic ethnicity profile: 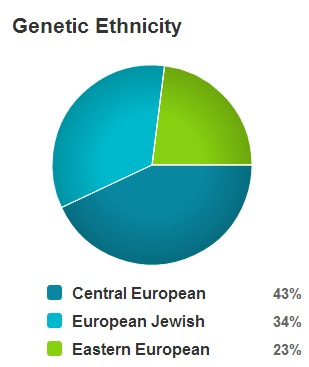 The background information for the “European Jewish” section included the following:

Your genetic ethnicity says that you are at least partly European-Jewish and have ancestry from Ashkenazi, Sephardic, or other Jewish populations.

Sephardic Jewish communities flourished in Spain after the Moorish conquest of Iberia in the 8th century, as the Muslim Caliphate practiced greater religious tolerance than most other European nations of the time. This changed after Christian kingdoms recaptured Spain in the Reconquista. The Alhambra Decree in 1492 forced Jews to either convert to Christianity or leave Spain, scattering them throughout Europe and North Africa.

And there it is. My connection to Spain, thus making me Hispanic.

There is nothing wrong with being proud of your race, ethnicity, culture, or any other thing that is part of who you are. You should exercise caution and begin to question, however, any time someone, including the government, wants to use those things to define you. Can the school teach your son better because they know he is white? Can the Parks and Recreation Department build a better playground for your daughter because they know she is Hispanic? Will your grandmother’s Social Security check come faster because the government knows she is black? I hope we can all agree that the answer to all three of those questions is absolutely no.

Perhaps if every person in this country started responding to the race and ethnicity questions on every government form with “other,” we’d stop trying to put each other into race and ethnicity categories and start seeing each other as the only thing that really matters: American Individuals.