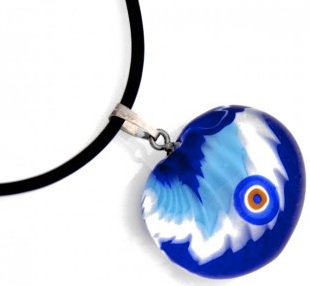 “This is a huge step for all Latinos, but Americans, too!” area mom Margie Porras told PNS. The mother of two adorable girls, Porras said the niñas are constantly the target of ojo.

“I can’t seem to keep these girls ojo-free, since they are so cute. It’s a terrible problem. With this new ojo insurance, I’ll be able to take care of my girls and not have to worry about dressing them up all cute when we go to the store. My old insurance carrier said their cuteness was ‘pre-existing condition’ and refused coverage,” she said.

Ojo coverage represents a huge leap forward for public medicine, according Dr. Ángel Benavidez, who runs a clinic in McAllen, TX. Benavidez said his patients often suffer from ojo, but were unable to afford treatment without insurance.

Now that the Obamacare option for ojo insurance is active, Benavidez said the quality of life for his patients is set to improve dramatically.

“I cannot stress to you what a big deal it is to my patients to have ojo covered,” he told PNS.

The Congressional Hispanic Caucus has released a statement noting that they fought hard for their constituents’ rights to ojo coverage, and that medical menudo and prescription pozole coverage did not slip through the cracks, either.

According to the CHC, ojo insurance is bigger than just one affliction:

Alexandria, VA homemaker Fabiola Reyna was happy with the announcement, but also had some criticisms. “I wish Obama would have thought about providing coverage for curing mijoities or mamitis, too,” said Reyna, whose two older brothers aren’t expected to cook or clean at home.