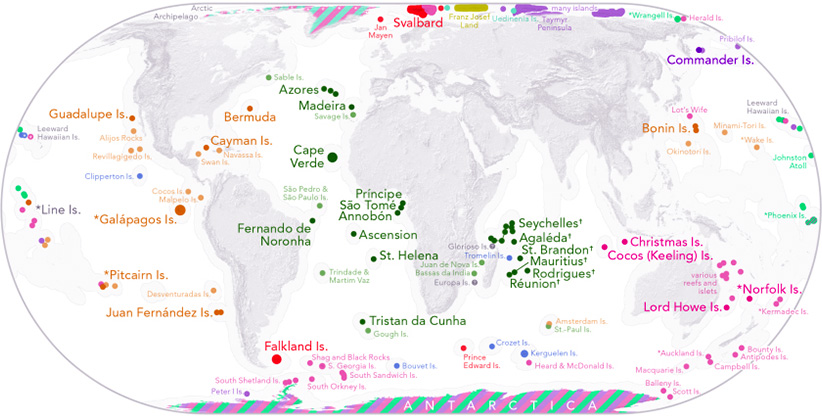 All that stuff they teach in history about Europe’s so-called Age of Discovery turns out to be Eurocentric racist mythmaking, once you subtract places that couldn’t be “discovered” because there were already humans living there.

In recent decades, respect for European explorers, such as Christopher Columbus, has waned, likely because these once-romanticized swashbuckling adventurers killed people, eradicated cultures, and “discovered” places that people (for example, the natives) already knew about. They did make some discoveries, though—lands never inhabited or where the inhabitants were already dead before Europeans made landfall.

The complete map and more information are here.