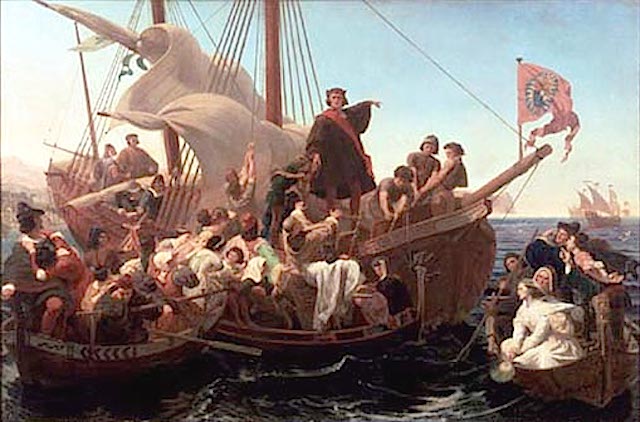 5. A sailor’s diary with an entry describing the seamen’s disappointment with indigenous “tortillas” that contain no fried eggs

The Spanish Inquisition.  You just never know when to expect them.

Christopher Columbus on the Santa Maria, painting by EMANUEL LEUTZE, 1855.