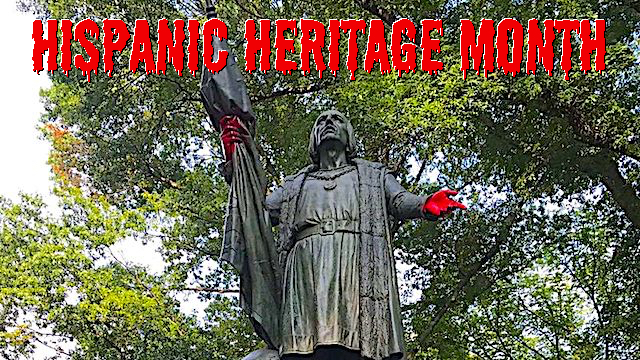 The pinche Trump administration is stuck with the annual observance of National “Hispanic” Heritage Month 2017, which begins today, but that doesn’t mean they like it. The POCHO news team has learned that the white wing traitors, crooks, and colluders at 1600 Pennsylvania Avenue ran through a list of alternative names for the observance before being shot down by the only Latina Trump knows — Lisa A Malinche, a low-level staffer.

8. No Taco Trucks On Every Corner For You Month

6. They’re Not Sending Their Best Month

5. Show Me Your Papers Month

3. Sheets and Hoods on Sale at Bed Bath and Beyond Month

And the top worst new name for National Hispanic Heritage Month 2017 is. …

[Lurid image based on a photo from The Smithsonian Magazine.]