There’s no name attached to Case Number 60066 in the Mutual UFO Network database. It’s an anonymous report submitted about an strange incident two weeks ago — Monday night, September 22 — and it follows two other unusual occurrences in San Bernardino County, east of Los Angeles:

“On 9/22/14 Monday night about 9:30 PM from the SE direction I saw a ufo,” the report says. “I was sitting in my chair chanting (Mantra Meditation). From the South direction moving East towards where I was sitting a bright white round light moving slow.”

“From the round bright light come out a dark blue edges on each side with small red lights It was very beautiful. The object did not move for about 15-20 sec. There was no noise.”

“It did not fly off into the distance. It disappear into or doorway in the sky and it was gone.”

“When I first saw this glowing object I thought its just like the other one I see. But this is the first time I saw a blue ufo coming out of the glowing bright white light. I was amazed to see its beauty.”

The reporting UFO witness did not have smartphone with him (because meditating, doh!) so he uploaded the crayon drawing below (click to enlarge).

We were skeptical before, but this detailed illustration convinced us for sure. 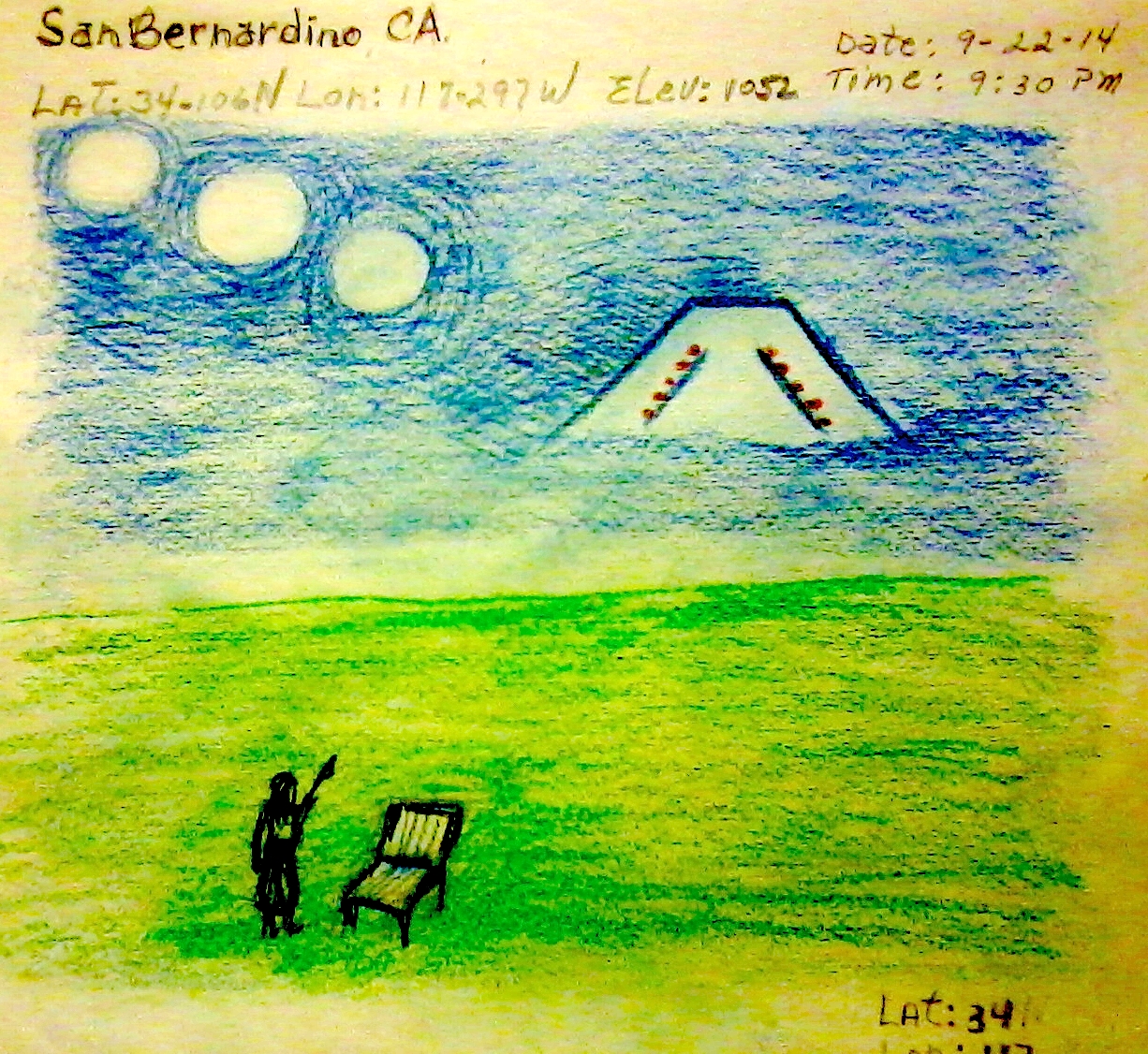 Did you ever see a UFO? Meet an alien? Get beamed aboard a spaceship and get probed? Comment below!