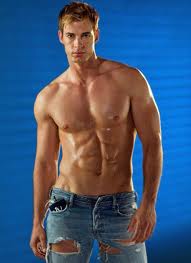 (PNS reporting from LA FLORIDA) In an attempt to capitalize on the political gains made by Pres. Barack Obama’s support for gay marriage, Florida GOP senator and possible presidential candidate Marco Rubio has revamped his unpopular DREAM Act alternative.

The original federal DREAM Act allowed undocumented youth brought here as minors a path to citizenship if they served in the military or attended college. Rubio’s DREAM Act “lite” version offered these youth only a non-immigrant visa and permanent status as second-class citizens.

Now, hoping to suck off gay votes from Obama, Rubio has introduced the DREAMY Act.

The proposed legislation will still stiff military and college-attending undocumented youth by only giving them a non-immigrant visa, but will offer instant citizenship to hunky applicants.

Male undocumented youth will go before a panel of judges staffed by Republican congressmen and senators who swear they are not gay. The male applicants will be judged on poise, beauty and simple hunkiness. The system for judging young female immigrants has yet to be developed, according to Rubio’s staff, but they might be judged on how similar in appearance they are to Rachel Maddow.

“We will attract a lot of the gay vote for Mitt Romney this year if we implement the DREAMY Act immediately, and allow immigrants of the quality of Cuban actor William Levy for instance,” Rubio said this morning, before flying off to Cuba.

Former Republican frontrunner Sen. Rick Santorum (R-PA) is reportedly very upset at being upstaged by Rubio, claiming that he “was thinking of doing this exact thing, all the time,” adding, “gay sex.”