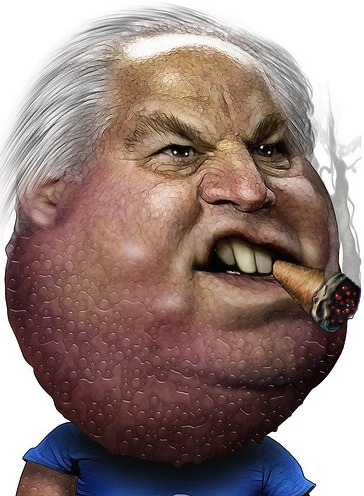 Limbaugh has publicly belched at people attempting to get him to separate fact from fiction and says that his “medication” gives him all the facts he needs.

“You may think it’s ridiculous,” Limbaugh told PNS. “I’m just telling you this is the kind of stuff the Obama team is lining up. Pres. Barack Obama hates America and he’s dressing up as this Darkie Knight now to spread his liberal agenda.”

Limbaugh compared Obama to Batman nemesis The Joker when The Dark Knight film was released in 2008. The comparison prompted dittohead bigots from coast to coast to portray Obama in the grisly makeup.

What is not widely known is that Limbaugh himself enjoys cosplay and regularly dresses up as The Penguin along with Sheriff Joe Arpaio, who dresses up as a giant blob of shit.

It is rumored that Limbaugh’s recent vitriol aimed at Obama stems from not being invited to have a cameo in The Dark Knight Rises. When asked about this, director Christopher Nolan replied, “Fuck that guy.”