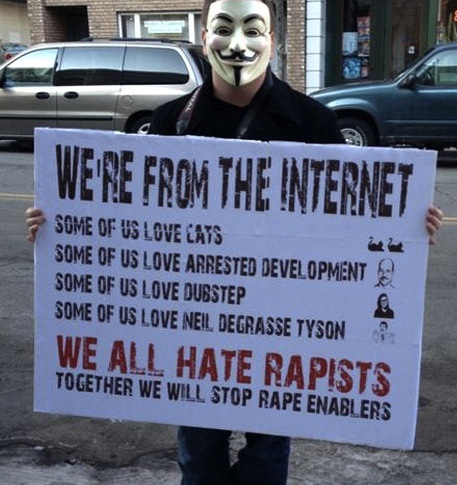 The media keeps reporting that these two teens had bright futures ahead of them. But lets not be daft. These kids would have gone to college and sexually assaulted someone there as well. Like I said, at 17 you are a grown-ass person. Rape culture only intensifies on a college campus. If at 17 you think this behavior is OK, it’s going to take a big honking intervention to think otherwise.

I don’t know if jail is that intervention. I don’t know what these boys think about women. I can only hope that they realize why what they did was wrong and that they will mature into men who see women as more than just objects. But you know, their actions are more than just immaturity.

Rewind to me, 16 years old. One night, I was drinking with a bunch of boys in a hotel room. Let’s just keep the details private. So it was me, six or seven boys and two or three girls all 15–18. One of the girls, a petite cheerleader, drank to the point of passing out.

At the end of the night, we all agreed she couldn’t stay in the boys’ room. I hardly knew the girl or where she came from, but we dragged her to my room anyway (you really have no idea how heavy a cheerleader is until you have to drag her body to bed.) Here we were, a bunch of dumb teenagers being dumb, and yet, we had some moral compass. None of the guys were like “Oh yeah, just leave her here so we can gang rape her later.”

Certainly, as a teenager, you can’t always trust your friends. They might make-out with your boyfriend at your birthday party or dump you once they become popular basketball players or yes, maybe even get you deported because they forgot their weed in your car and don’t realize your visa will be revoked if you’re pulled over by the cops and found in possession…

But as asinine as all those things are, it takes a certain depravity to rape an unconscious person. It takes even more depravity to post it on the web like it’s a joke. Honestly, it would be easier for me to sleep at night if this was just a case of dumb immaturity. But that’s not it at all. This is a deep rooted disregard for humanity, American-grown at that.

The ugly monster shows its head. While my deepest condolences go out to the victim of this crime (may she overcome the assault, the humiliation, the threats, the bullying) I hope the very public nature of this crime cast some light on the inequality and hatred women face.

People call it rape culture but I feel it’s more than that. If we can change the course of victim blaming — worry less about what our girls are wearing and worry more about whether our boys are capable of rape — then maybe humans can evolve after all.