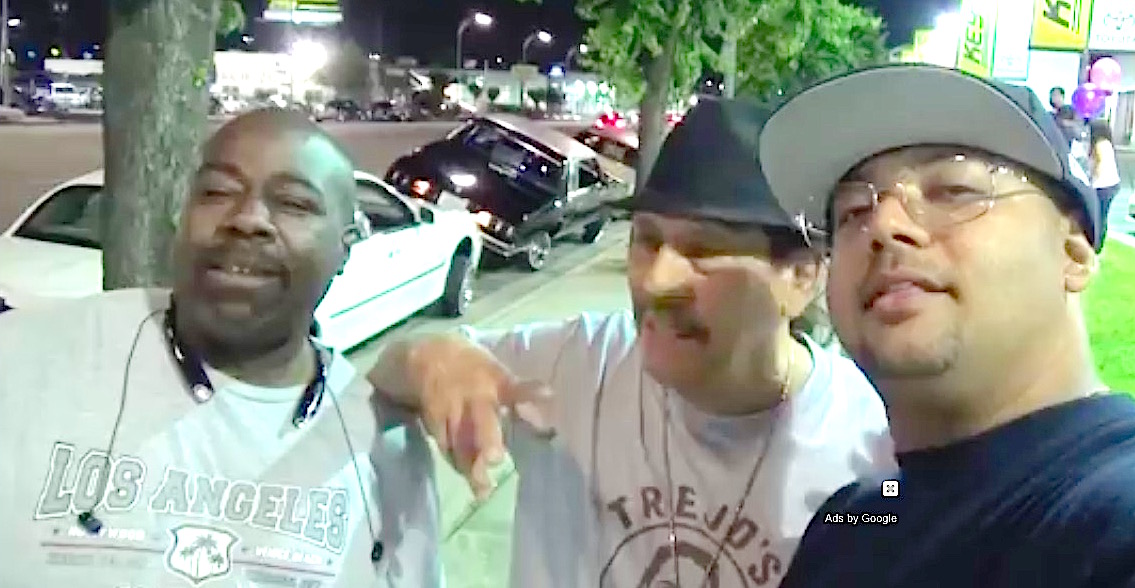 Machete don’t text, but he did stop by — on a recent Wednesday cruise night, on Van Nuys Boulevard in L.A.’s San Fernando Valley to check in with ManCave TV. [Totally NSFW hardcore soundtrack.] 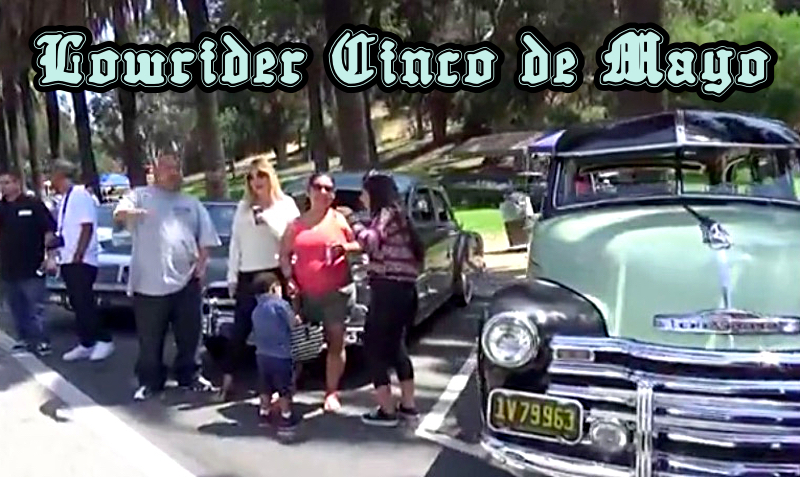 Every year for Cinco de Mayo the lowriders cruise to Los Angeles’ Elysian park for some fun family time and spectacular hydraulic jumpin’. Sunday’s conclave was captured in this video from MancaveTV. [Hiphop soundtrack is NSFW with N-word etc.]

Book your final ride in advance, pochos, or you could be stuck with Uber…or something slower…and lower!

Anyone can make a video of San Diego low riders hopping, and lowrider fans partying. But not everyone can set it to operatic music. Filmmaker Gloria Morán, of San Francisco, did just that. 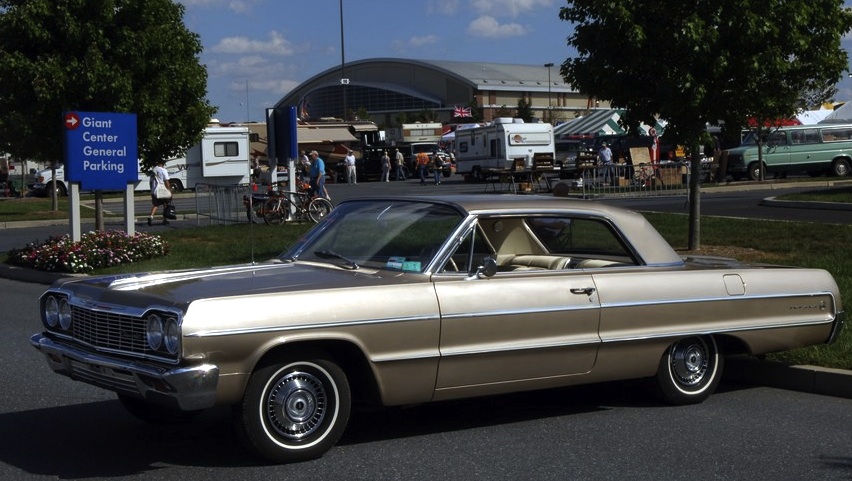