Since I drove by myself, I didn’t realize how spacious the Enclave was until I finally reached Napa and loaded up about 50 boxes of Rancho Gordo products. I figured the whole Enclave would be buried in beans, but I hadn’t even realized that there were two spacious seats in the passenger side behind me that folded with the ease of the Los Angeles Rams. And behind them was even more seating so that you can easily seat seven. That makes the Enclave a perfect car for the young Mexican mami or papi who doesn’t want to be like their primos and automatically get a Yukon (not that there’s anything wrong with that magnificent vehicle, of course!)

The drive was as great as any I’ve experienced on a new car. It got better fuel economy on the highway than GMC’s promised 26 mpg—nearly 30! The red dash light that flashes in case you start drifting off the side of the freeway in a peaceful sleep (like I nearly did) was tastefully hidden instead of ruining the car’s symmetry and did its job. The SiriusXm signal never faltered, the onboard navigation worked better than Waze, and I wondered why I had never thought about Buicks before—if this is how they make cars now, they deserve more mainstream love.

But the best part about the Enclave? At night, when you approach it, an LED light that features Buick’s iconic trishield flashes below the trunk. COOL! 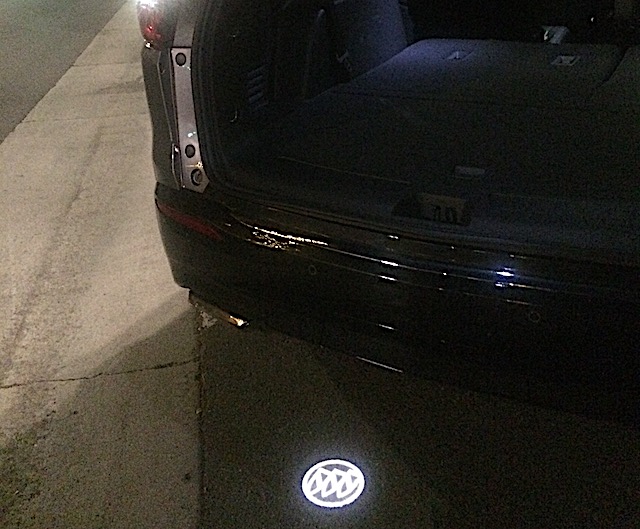 Any complaints were minimal … and I barely remember them now, since I’m writing this nearly a month after I had the Enclave.

I know there was a difference in the steering wheel levers that raised the volume and changed the station that I found odd. I was told my Enclave’s trunk could automatically open with the swipe of my foot underneath it, but that didn’t happen (then again, I’m a clumsy pendejo, so maybe it’s my bad).

And it takes the slightest bit of thinking to make the heater work only on the dash and on your feet, but that’s like complaining a shower takes 10 seconds to throw hot water, not five #firstworldproblems.

As my time with the Enclave finished, I tried to guess how much one cost. Something this beautiful wasn’t going to come cheap, so I guessed around $60,000. I wasn’t far off: $56,000. BUT my model had everything from chrome rims to WiFi to SiriusXM to moonroof AND sunroof and more. When I saw the base model price, I was shocked: only $41,000. THAT is a bargain for an SUV this luxurious, an engine this powerful, a drive this fine. So congrats, Buick: reup your contract with whomever you paid to make those cutesy ads.

And give your PR guys and gals a bonus for convincing a Ford/Toyota boy like me to take the GM plunge, you know?

Here are Buick’s publicity photos of the Enclave. We have no idea who the dog and guy are, however: 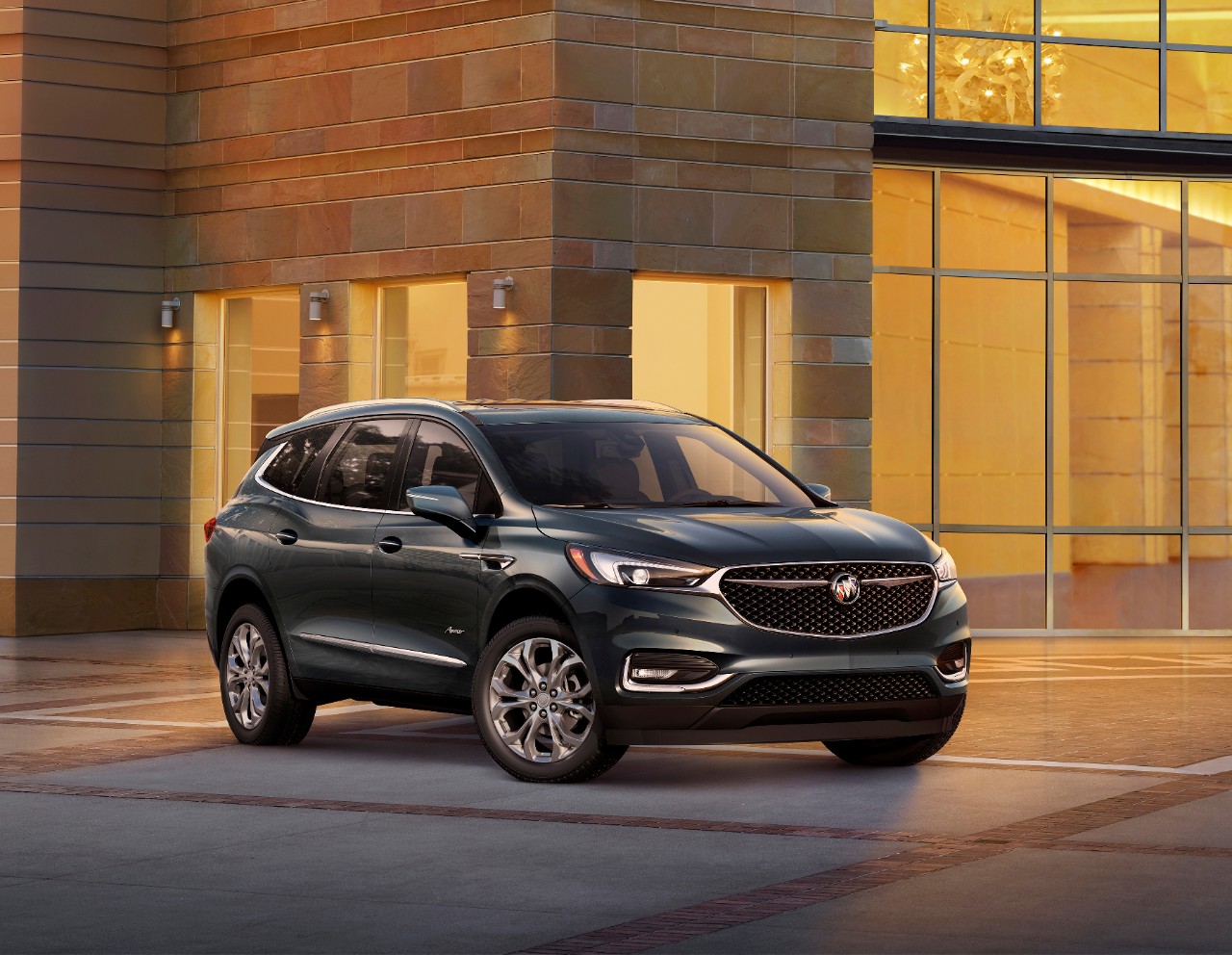 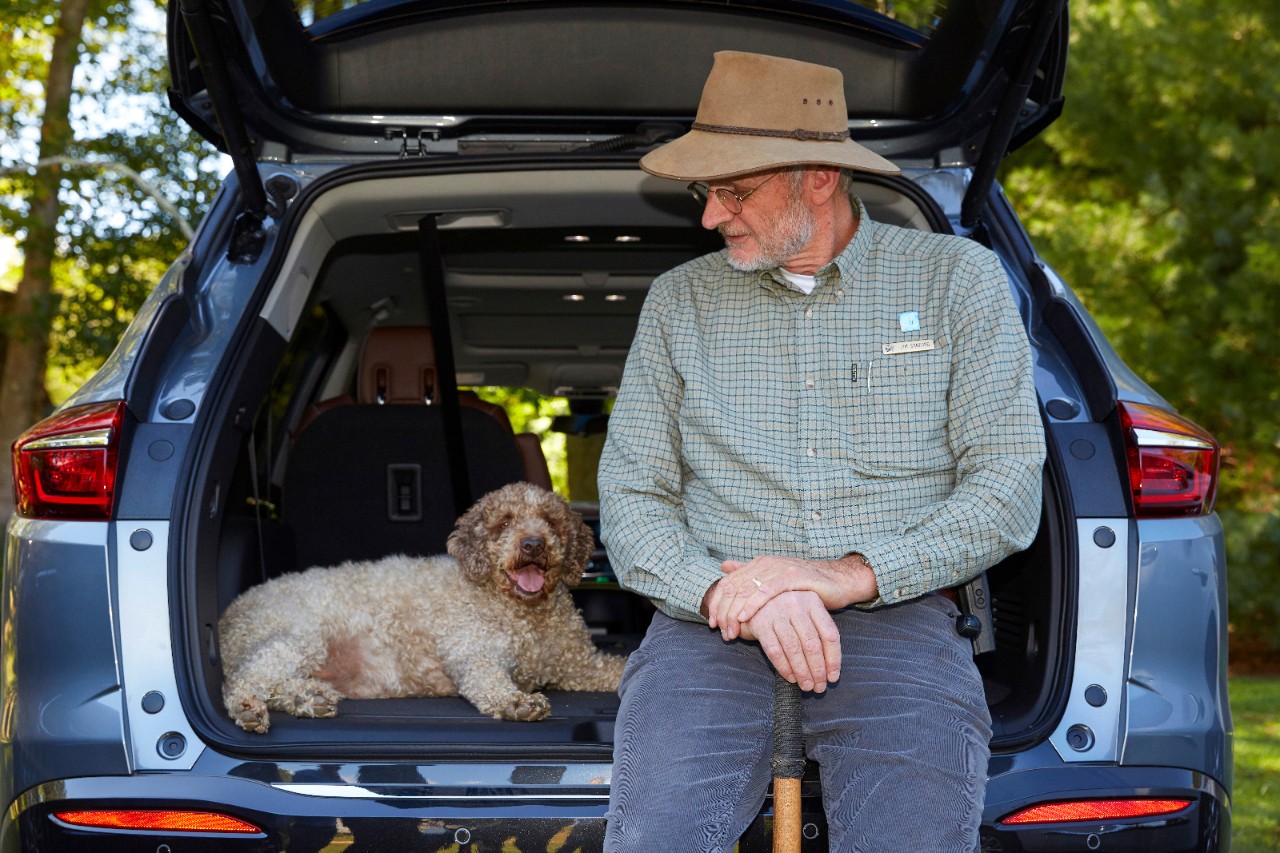