POCHO amigo and Long Beach homie Harold Ray Brown — founder of the internationally-famous funk/rock/jazz/Latin group WAR — posted this old cartoon version of the Cisco Kid Was A Friend of Mine lyrics from one of the band’s books of sheet music. The record was a hit in 1971. 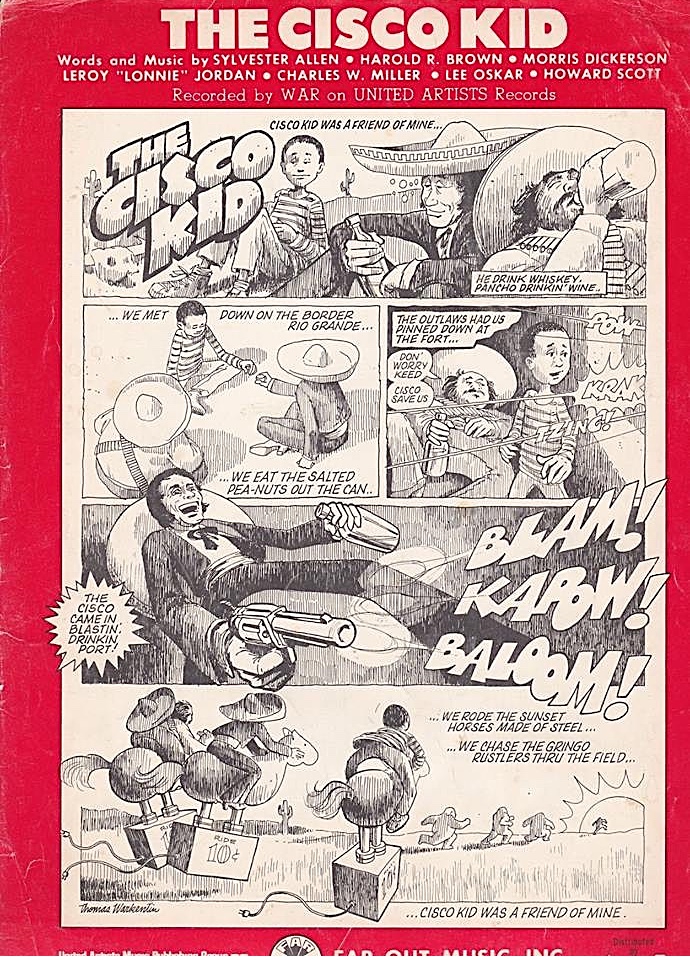 There is a touring band out there with the legal rights to the name WAR, but the group includes only one of the original members.

For the rest of the guys, check out The LOWRIDER BAND.

[DISCLOSURE: I was WAR’s National Director of Album Promotion back in the day.]