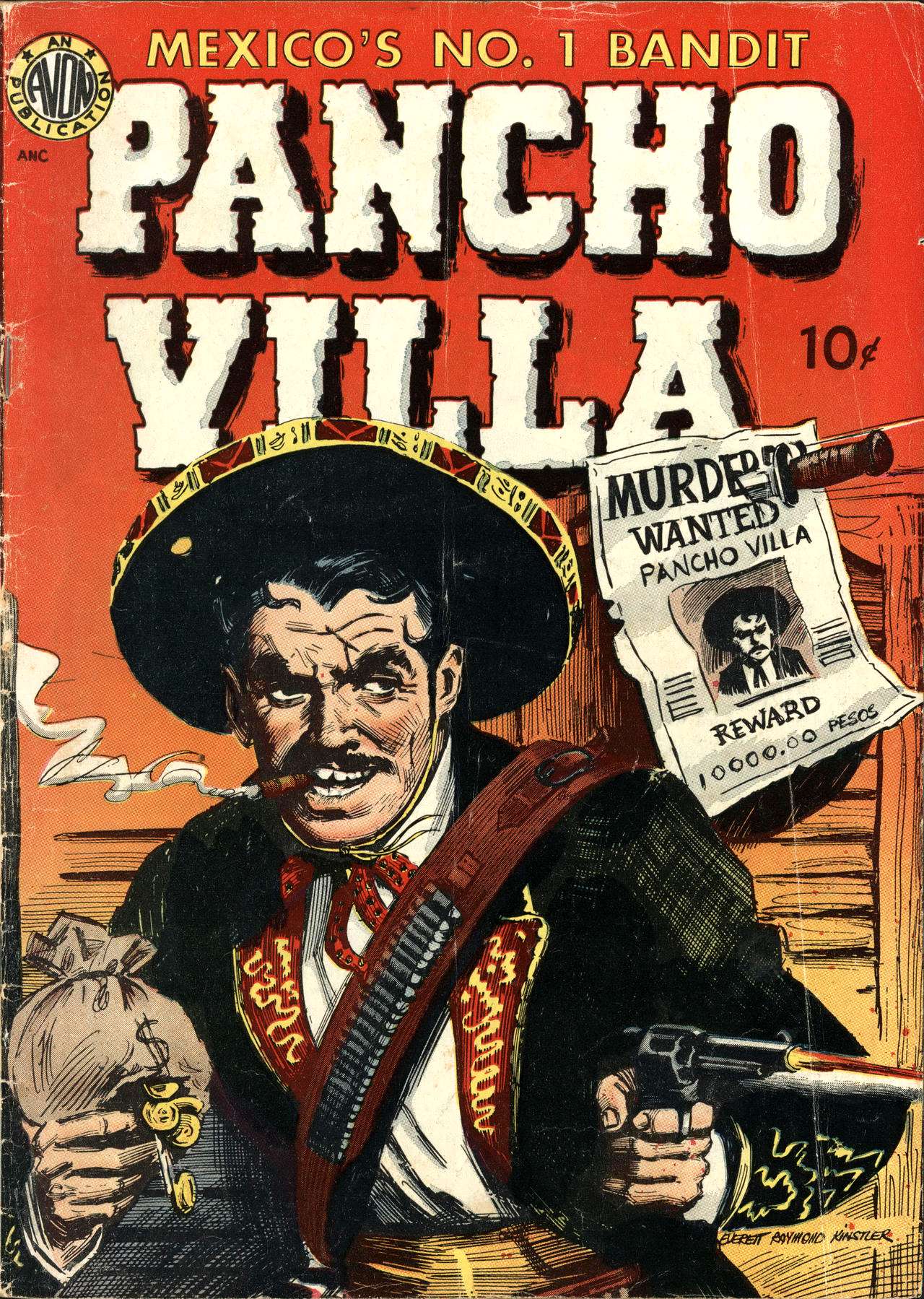 “Western” adventure comics, true crime comics, and gringo-written history all came together when publisher Avon gave birth to a Pancho Villa issue as part of their notorious outlaws series: 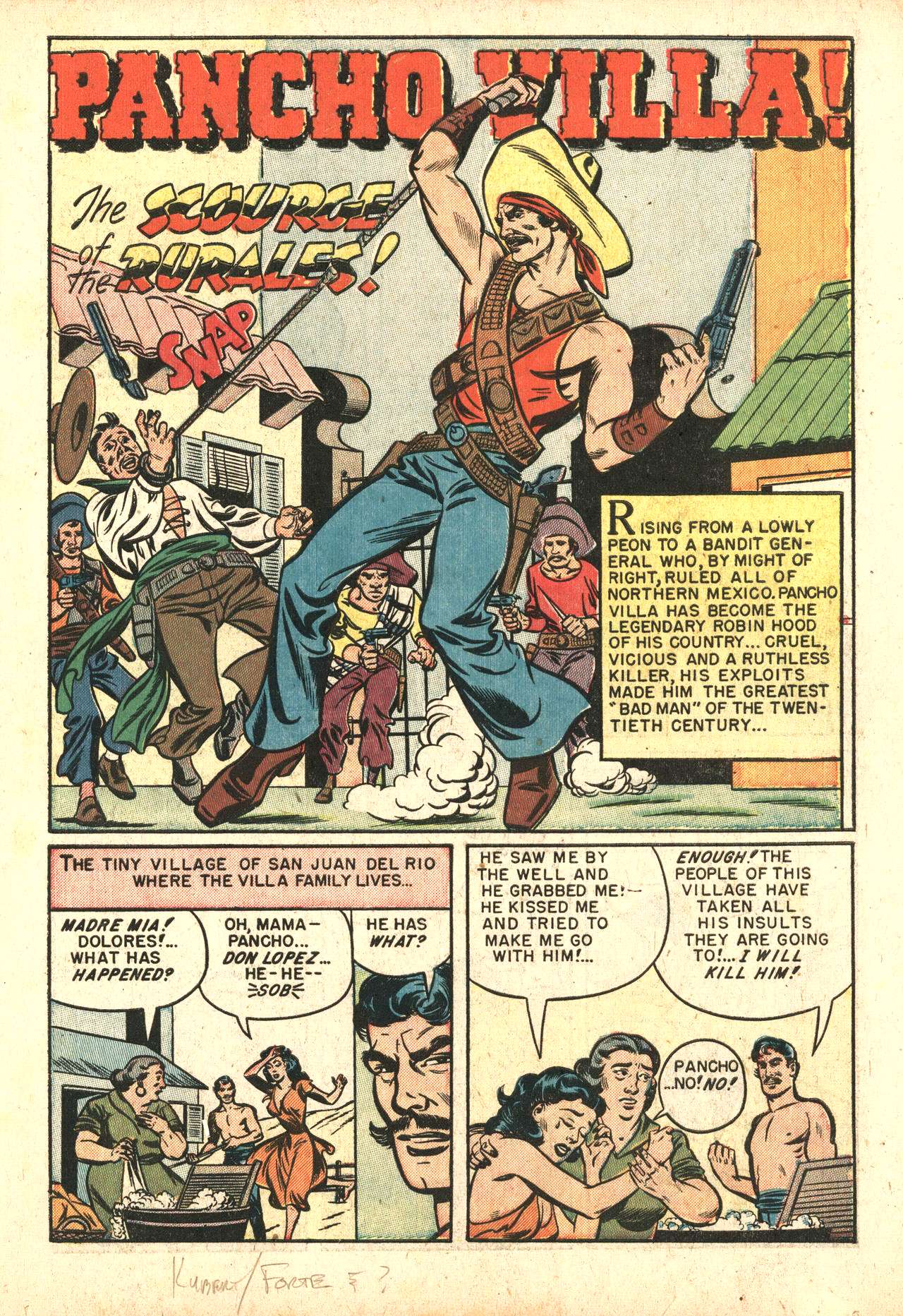 As the superhero craze slowly started to die off in the post-war years, comic book publishers began to look around for other ideas which might captivate their reading public. Two genres became very popular from the late Forties to the early Fifties: westerns and crime comics. It would stand to reason that a comic which combined the two would be a “can’t miss” proposition; consequently Avon Comics released numerous comic titles based on Western outlaws. They even looked south of the Rio Grande for inspiration, as seen by the 1950 “one-shot” release of Pancho Villa.

To really appreciate what this comic is (or, more appropriately, what it isn’t), we need to know a bit more about Pancho Villa. His name stands, even today, as a verbal meme synonymous with the word “bandit”. You still hear this occasionally in movies and TV shows: a guy tries holding up a bank with a couple of .45 Peacemakers and the cop arresting him will say, “Who do you think you are – Pancho Villa?”

The problem is that Villa was not a “bandit”; he was, more properly, a renegade military leader, a guerrilla. He commanded a sizable force in Northern Mexico at the height of his power. The weird (and complicated) part is that while Americans viewed him as a major player in the Mexican Revolution, Villa was actually not very important. He operated directly on the border between the U.S. and Mexico, which of course immediately drew America’s attention, but this also set Villa apart from the main revolutionary action happening near Mexico City. When you read contemporary accounts of the Mexican Revolution written by the participants, you’ll seldom see Villa’s name mentioned. While he was certainly influential to a degree, he just wasn’t that big a deal.

Americans, however, still remember Villa vividly, primarily due to a single event: a violent Villista raid on Columbus, New Mexico on March 9, 1916. While the Mexican raiders were able to steal some weapons and supplies, U.S. troops arrived on the scene before Villa’s sizable force could break into the local bank’s vault. Several civilians were injured or killed in the event, which brought down the wrath of the U.S. government on the head of Pancho Villa. The U.S. assembled a small force under the command of “Black Jack” Pershing; this “Punitive Expedition” (as it was called) pursued Villa into Mexico, but Pershing was unable to capture the guerrilla leader.