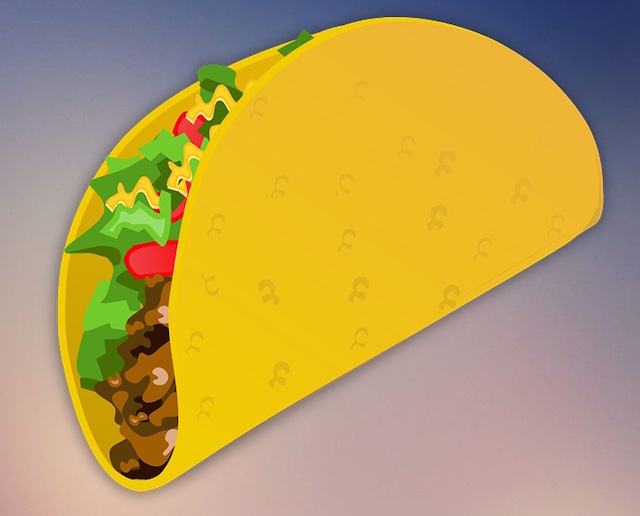 The Unicode Consortium — the international group that sets tech specs so people around the world can use computers in any language — is considering the addition of new “emoji” next year, and one of them may be the computer code to display a taco.

The consortium published this illustration on their blog so everyone knows that’s what they taco about, the traditional Mexican dish composed of a corn or wheat tortilla folded or rolled around a filling.

This time next year, facing your phone’s keyboard and searching for just the right emoji, you may have some new characters at your disposal.

You may be able to tap out something religious, selecting from emoji characters for “prayer beads,” “a mosque,” or “a menorah.”

Or you might say something athletic, choosing from “an ice hockey stick and puck,” “a badminton birdie and racquet,” or “a volleyball.”

Or—perhaps most importantly of all—you might say something culinary. You might tap out a taco or a burrito emoji.

We know this because, late last week, the Unicode Consortium announced the new emoji it is considering releasing in its next standard.

Do want to see tacos in your texts?