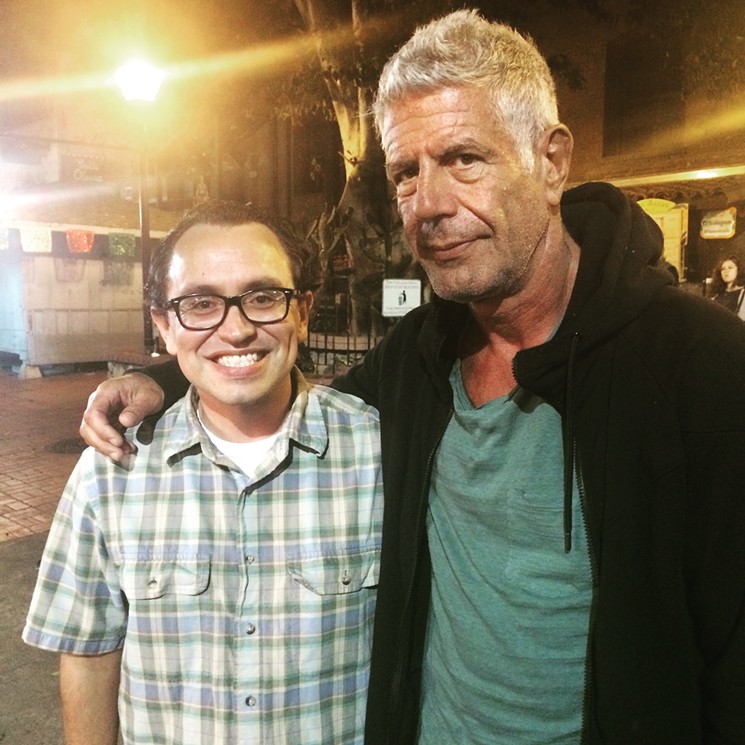 He took the time to ask the people why we are subjected to hatred on a daily basis and then actually listened to their answers.

This hatred — seemingly aimed at the undocumented (read: “illegal immigrants”) — impacts all Chicanos and Mexican-Americans.

Most seemed  puzzled by the question and had no answer, but (I think it was) East Los tattoo artist Mr. Cartoon knew: “It’s racism, straight up,” he told Bourdain.

He’s right. There really is no reason, it’s just racism.

Parts Unknown and Bourdain are all about showing you the world that you do not know; this is a goddamn public service. Above and beyond this one episode on our community, it’s a fantastic, innovative program that broadens a lot of minds.

In my boring day jobs (I’m an actor in “real life”), I’ve frequently had to supply I-9 verification proving my right to work, and in my last glorious stint, I saw many people with passports as their verification, which is new. I really do think that this TV program may have an effect on Americans and how they view the world and the fact that they should get a passport already, pinche cabrones. 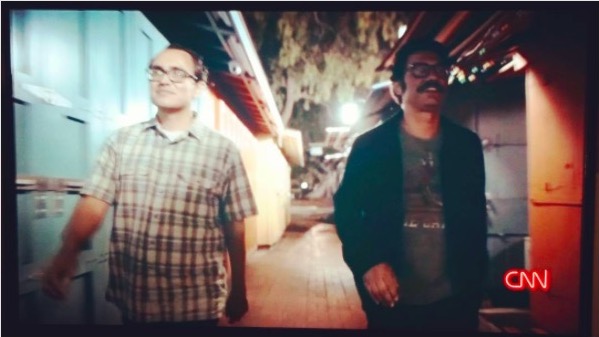 The program also discussed being a pocho — you’re too white for the Mexicans and too brown for the gueros.

This episode focused on Mexican (really, Mexican-American) culture in Los Angeles, and Bourdain’s angered astonishment that we don’t get nearly enough love from the rest of the country.

Bourdain has long been on the record as being very supportive of the Latino community, defending the undocumented workers who labor in the restaurant industry.

Even as I write this, I struggle with the words and concepts.

I feel as if I have been caught in an invisible net all my life, where I rage and fight against a constriction that I cannot make clear to anyone else, even the people who share my  situation. Attempt to voice this feeling and outrage often gets either a shrug or an invitation to self-deport.

The Los Angeles, Mexican-American episode of Parts Unknown simply shared the feelings of Chicanos, pochos, Mexicans and Latinos about how they are treated by many, especially those who really really like MAGA hats, in an entertaining, informative, and beautifully-shot package. It brought what we all know into the mainstream and now it is much more difficult to ignore. It is a turning point.

There was some kerfuffle about the gender balance in the episode on Twitter, noticeably from *cough* white women and some pushback against Morrissey’s being  Mexicans’ favorite musician.

Could there have been more women in the episode? Yes, there could have, however, Anthony Bourdain is not responsible for either the gender inequities in our society at large nor is he responsible for fixing them with one episode of his show.

He has also supportive of women in public and he works with women, his co-author for his latest cook book was ¡SHOCK, SCANDAL! a woman, Laurie Woolever.

I hereby award the title of Honorary Mexican to Anthony Bourdain and if you have beef with this statement, you know where I am on Twitter.

If you missed Parts Unknown when it aired, you can watch the Los Angeles episode on YouTube for $1.99