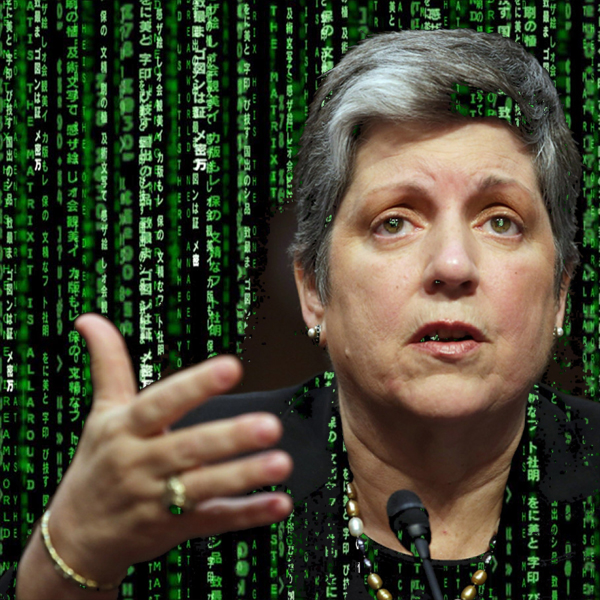 She is consdiering building a campus wall around the University of California at Berkeley with the aim of keeping “those people” from Oakland out of a place they clearly don’t belong. [Disclosure: POCHO Jefe-in-Chief Lalo Alcaraz has an advanced Cal Berkeley degree, but he snuck up from San Diego.]

And just as Napolitano left Arizona in the responsible, capable hands of Gov. Jan Brewer when she went to work for Pres. Barack Obama, she promised to do the same when she leaves the UC, with someone, let’s say, like Antonio Villariagosa.