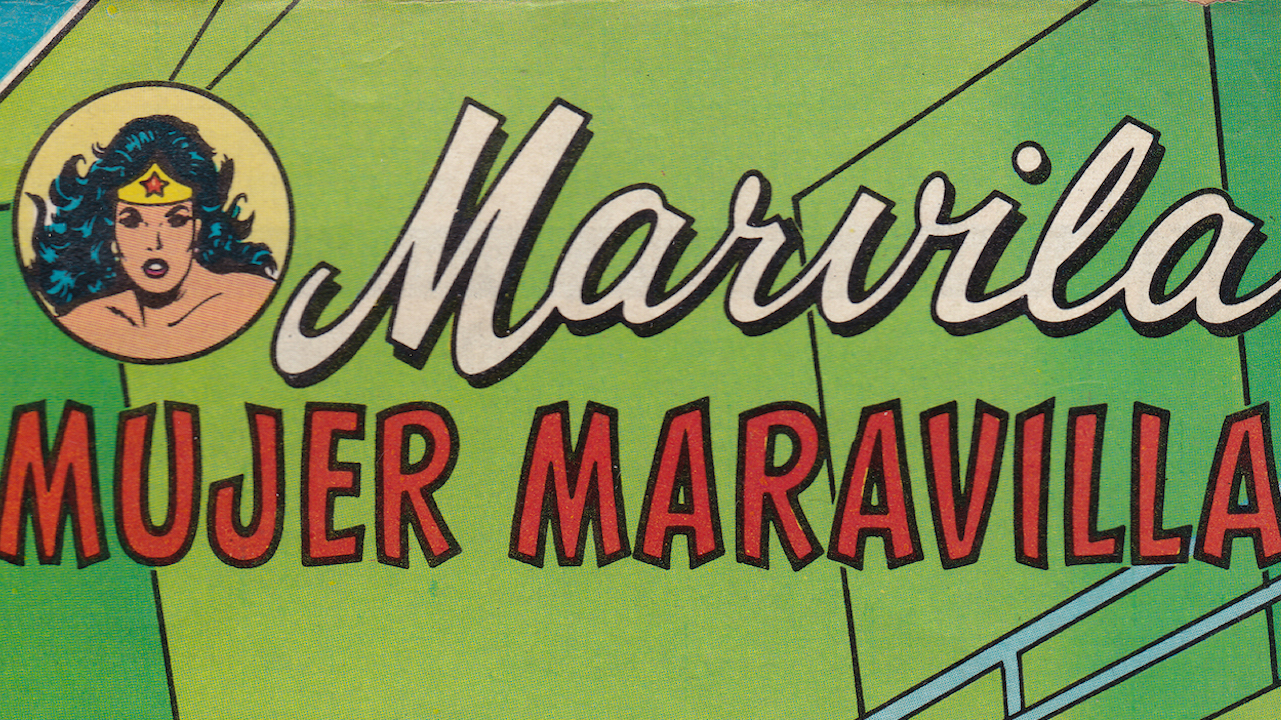 Chingones and Chingonas, here’s a movie you’ve got to see. Mujer Maravilla! FOR REAL.

Follow me on this. The original Wonder Woman, Lynda Carter, if you know your Pocho Historia, is a Latina.

In fact she’s a lot like another rarely acknowledged Latina goddess of the screen, Rita Hayworth aka Margarita Cansino.

You like comic books and superhero movies? Of course you do.

This is both but with a super beautiful and ass-kicking heroine. You may be saying, oh man, a woman? Women can’t kick ass. Then you should remember how your mom used to wear razors in her hair because she got jumped so many times and once beat two gueros so bad she sent them to the hospital. Orale!

But wait there’s more! Don’t you want to see a hero who finally isn’t a mopey billionaire or a flying crybaby who feels guilty about everything? What about a hero full of hope and love who leaves her paradise of a home to stop a World War simply because she feels it’s her duty?

You know, it’s like when you don’t really want to go to the American Legion Hall for the reception, but you know you have to because Tia will be so mad that the next BBQ will be World War III. So you hero up and bring a six pack for the parking lot because you know its the right thing to do and you can get some good chisme while you are there. Well, it’s kind of like that but with less chisme.

Wonder Woman was directed by Patty Jenkins, a WOMAN – SHOCK! SCANDAL!, and she also directed a movie called Monster that made people afraid of Charlize Theron and won lots of awards for being scary good. The movie stars Gal Gadot who was in that Baffleck vs Flying Sad Man movie for a few minutes. This movie is better.

Because. It’s like they looked at all the bad parts of previous DC movies and thought, hey, why don’t we make a movie about a hero who thinks of others rather than themselves? Isn’t that what heroes are supposed to do? I think I read that in a book somewhere. And someone else at DC, said, hey, that idea is so crazy, it just might work.

He would really hate this movie a lot. First off, it has a gorgeous woman who would never let him touch her and would probably put him in a head lock if he tried any nasty mierde with her.

This movie additionally trumpets the idea of love of all humankind, of people from many nations, ethnic backgrounds, and different kinds of tacos. Wonder Woman aka Diana Prince has an accent and isn’t even from America.

Most of the other characters have accents too and some don’t even ESPEAK ENGLISH. There’s one American dude and he doesn’t even call anyone a Bad Hombre. As it happens, he spends his time trying to save foreigners without asking for their papers first.

It’s a wonderful movie full of genuine emotion and warmth. That’s definitely something that would make the Orange Pinata turn into a puddle of warm Clamato that’s way past its expiration date.

It’s set in the World War I period so it has fancy costumes and trench warfare, if la familia loves war pictures. As for people’s reactions, an audience on opening day burst into applause twice and it was mostly full of male white comic book nerds. Some of them were crying. Little girls who were there looked wide eyed and astonished afterwards, like their world had been expanded. Take your mijas, they will love it.

Did I cry, well, I might have gotten something in my eye during the movie. Aw forget it, I cried repeatedly. I almost flooded out the second row and the theater had to get everyone some life jackets. SHUT UP, YOU’LL CRY TOO.

Don’t miss this one, raza. It’s everything and the proverbial bag of chips.