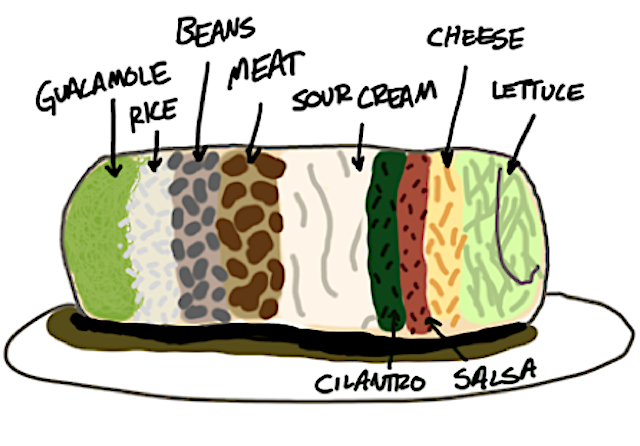 This is an epic rant by @LuckyShirt, who says he is not really THAT angry:

Have you ever been to Earth? On Earth, we use the word “burrito” to describe a tortilla filled with things you eat.

Pretty simple stuff, and I’m surprised you at least got that part right. My burrito was, in fact, filled with food. In this, you and I agree and are friends.

But this is also where my lifelong hatred begins for you and anyone else whose brain has been repeatedly scrubbed with the same mixture of bleach and Pop Rocks as yours has. Because that should have killed you, but left you around long enough to do what you did to me today. Let me explain:

Burritos are eaten from one end to the other. So that means when you assemble a burrito with motherfucking ZONES of ingredients going that direction, you create a disgusting experience for the burrito’s end user. When you make a burrito, you should put the ingredients in layers lengthwise. That way, every bite has AT LEAST A FUCKING CHANCE of getting at least two types of ingredients, and there is little chance of becoming almost hopelessly trapped in a goddamned cilantro cavern….