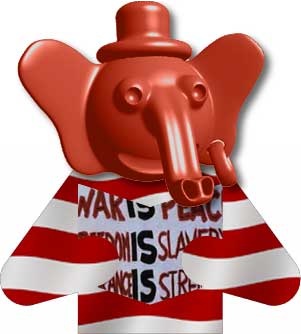 Hoping to capitalize on the enormous groundswell of support they’ve generated with their new definitions of life, marriage and assault weapons, the GOP braintrust is planning to premiere a Republican Dictionary at next week’s convention in Tampa, FLA.

We got a brief peek at a draft (the “rape” definition was leaked Monday); check out the Pocho Ocho best definitions:

8. Rape: When a man loves a woman
7. Voting: What white people get to do
6. Minorities: Three-fifths of a person
5. Budget Cuts: Shutting down schools, libraries, and police departments
4. Science: Something hippies invented after smoking reefer
3. Capital Punishment: When Jesus gives the go-ahead on murder
2. Equal Rights: What corporations have

Socialist: A black man in power

–Elise Roebenbeck contributed to this report but her dog doesn’t know that. EresNerd contributed as well; we are unaware of his dog situation, if any.