I was speaking with a gentleman in the local bright-pink-colored laundromat recently when he started to tell me about “Ustedes,” “You people,” in reference to the rich hipsters who are populating the other side of the neighborhood. The fact that we were speaking in Spanish, and that I told him my family was from Mexico, mattered little.

Those are the moments that I find myself wondering about that identity I felt so secure in just a few moments before. What it means to be Latina to me isn’t the same as being Latina to someone else, and as our country moves towards being ever more Latino, I wonder what exactly that’s going to mean to the next few generations. I might be ethnocentric to them, or perhaps I’ll just be whitewashed. There’s no way of knowing.

These moments — where I’m torn from the reality into the reality of someone else — seem very abrupt to me. Because of where I live, they happen often, and every time they do, they catch me by surprise.

This is probably because when I leave my neighborhood and go out into the greater Los Angeles area, the number of Latinos who speak Spanish, who have molcajetes and cazuelas in their house, who actually cook Mexican food for themselves every day, who went to college and don’t feel the need to mispronounce their names in English — that’s a small number. 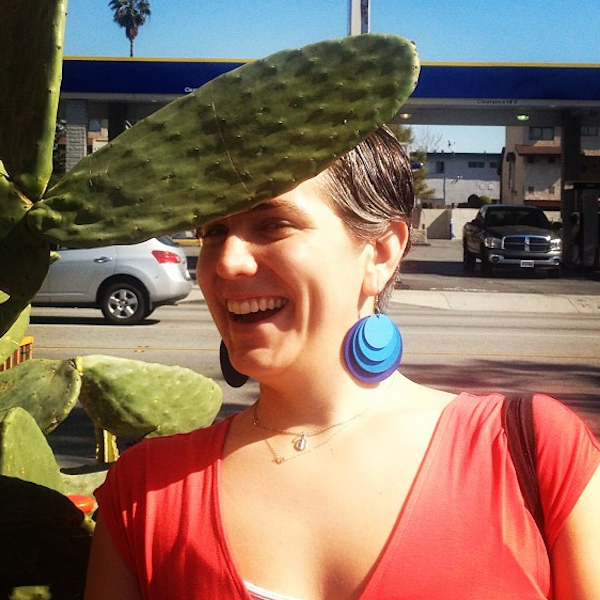 I think about this often. Is it because I’m light-skinned and green-eyed that I don’t feel any shame about being Latina? Is it because my father is an educator who taught me from a young age to be proud of who I am? Is it because of how I look, or because I went to college, or because I purposely cling to my culture, there are moments when I stick out like a sore thumb among people I feel a kinship with? But more often than not, they see me as an outsider.

So what are my alternatives?

I don’t want to become one of those vendidas who pretends like being Mexican never happened to her. I don’t want to spin some myth that I’ve managed to overcome huge obstacles because I grew up with college-educated parents. I don’t want to pretend that, despite my features, I’m mostly “Spanish,” or that my family’s history means nothing to me.

So, what I do instead, is recognize that I live in a world that changes everyday. What it was to me growing up in L.A. in the 1990s in the era of Proposition 187, what it was to me in 2010 during the era of SB1070, what it is to me now when Texas representatives target Latino studies courses in colleges for elimination, is complex and escapes definition. It changes, it evolves, devolves, and then we find ourselves asking the same questions we’ve asked before.

So when I find myself being picked apart and divided and categorized according to someone else’s criteria, I think about it for a minte, and then I let it go.

Because when everything is changing so quickly, there’s no real way to keep track of whose opinion counts, and we move forward in time, there’s no way of telling who’s going to “count” as Latino.