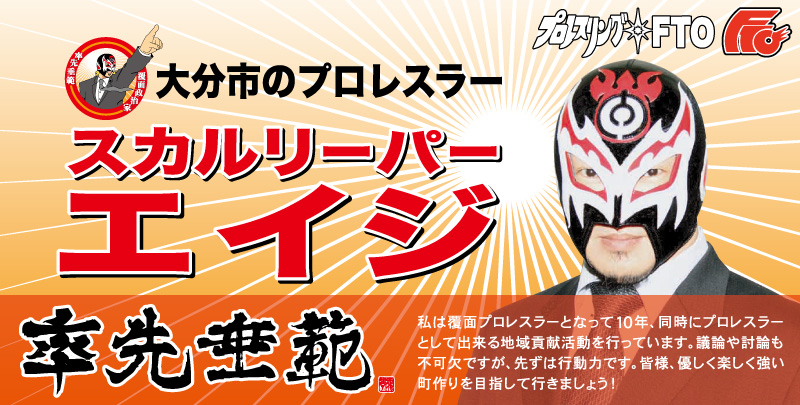 A storm is percolating in the southern Japanese city of Oita, where a politician a la Santo Enmascarado refuses to take off his luchador mask in order to attend city council meetings.

The council members are prohibiting newly-elected Skull Reaper A-Ji from participating in city business unless he is unmasked. Reaper A-Ji refuses to give into the demand, explaining that without his mask he is someone else.

¡Claro! Because when the real Santo went places without his cape, and instead donned meticulous leisure suits, no one demanded the removal of his silver mask. The mask was the point. Citing his past civil work, Reaper Aji says he simply wants to keep helping his constituents.