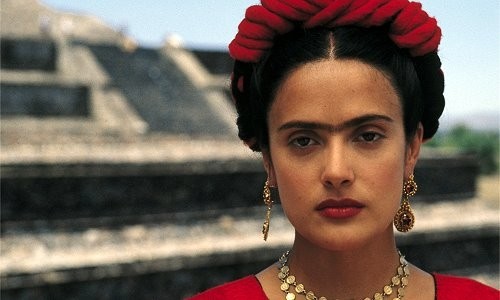 After several snotty tissues, García faced up to the vast distance between her dreams and reality.

“I can’t save the world! I can barely save myself!” she cried, wiping her tears on the sleeve of the Mexican peasant blouse she bought on her second trip to Chiapas in ’97.

“I’m, like, trying here. I just want to give back to my community, but it’s hard, you know? Not everyone is as dedicated to la causa as I am.”

Weeping García enumerated all the things she had done for La Raza:

I organized a tamal fundraiser for the children of the EZLN in 1996 and participated in the Mega Marcha in 2006 where I distributed my own homemade signs. Then there was that time I spoke up for workers’ rights during my company’s retreat to Reno, and I started taking Nahuatl classes in protest when school budget cuts eliminated Spanish classes for junior high.

“I grew up thinking that I could make a difference, and that by my pure Chicana poder, I could change things,” the 28-year-old sobbed. “Now I realize I was wrong. And I’m sorry!”

Members of the community tried consoling García, telling her that no one ever expected to be saved by her, but she was inconsolable.

“I know!” she told friends later.  “I need to make music out of garbage like those kids in Paraguay! Or maybe I just need to light a candle to La Virgen and take some time off, for myself, you know? Giving back to your community can take a lot out of you! And this Mayan Apocalypse mierda didn’t help!  A mani-pedi might be the thing.  And those Korean day spas are God’s gift to mujeres.  I saw some really cool nopales-looking nail art on YouTube I wonder if I can get Sun-Yoong to look at that video. On the other hand, there’s this “meet the macaws” eco-tourism thing in Brazil. Is it too late to get a date for New Years? Maybe me and some of the girls can go to Vegas and… ”