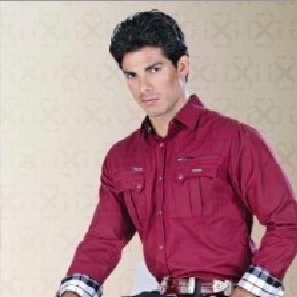 (PNS reporting from EAST LOS) Ruben Covarrubias astounded family and friends here Sunday night when he admitted that the meaning of Cinco de Mayo didn’t concern him and he’d always thought “May 5 was Mexican Independence Day, so like so what?!”

“I don’t care what it’s about,” he told everyone within earshot of the backyard grill. “I just always celebrated it with MEChA and at school. Partay!”

Image of a totally unrelated muy guapo male model dressed like a naco via the Caballero Bronco online store.