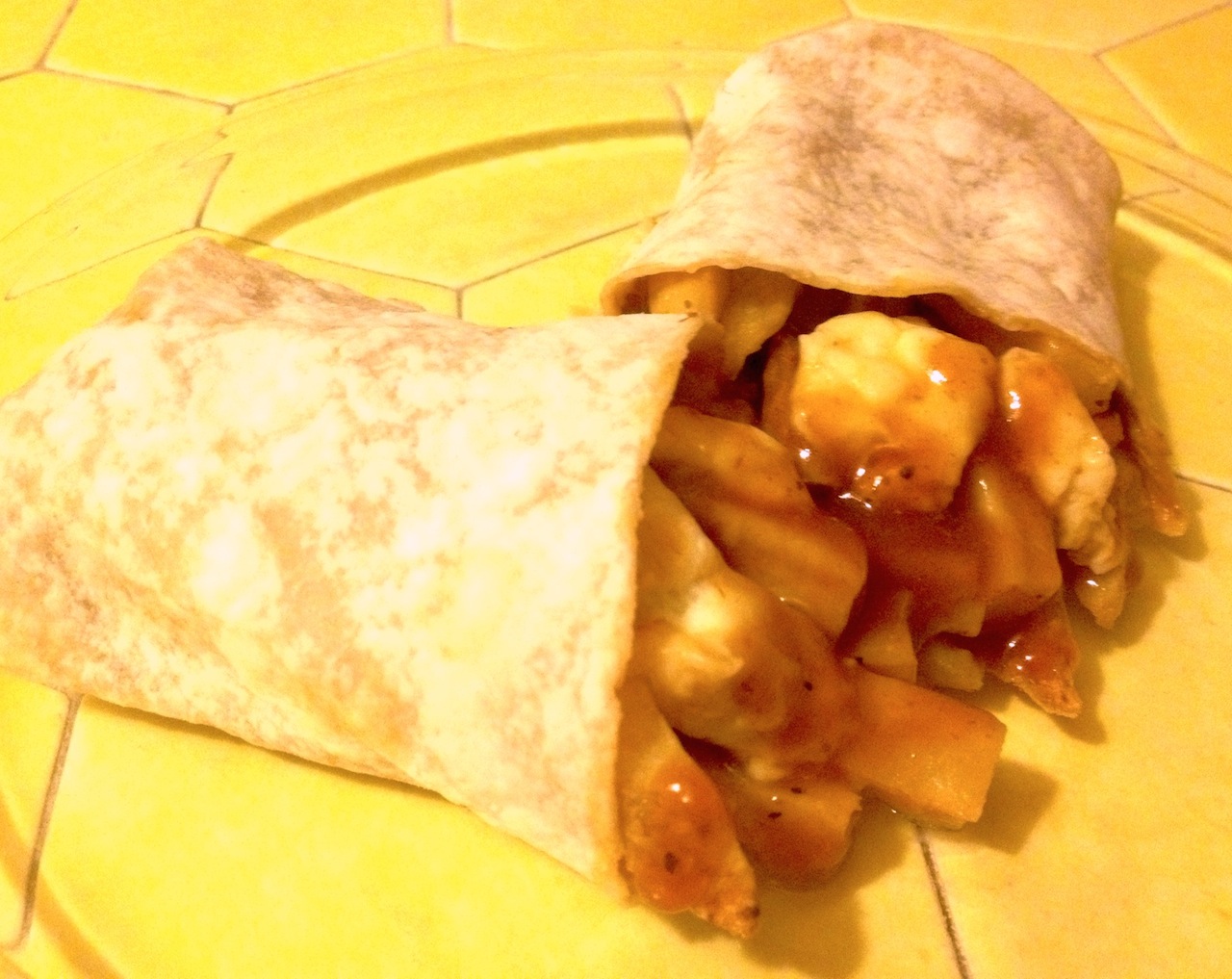 Coderre called his wife’s comments “irresponsible and unacceptable” and said that regular poutine should be enough to satisfy her.

Canadians were surprised by Madame Coderre’s comments, as she was the chanteuse responsible for the popular 1970s Separatist anthem Quebequi? Quebecool! Quebequois?

Coderre has instructed the Montreal Cultural Police’s special Culinary Division, known as “Les Mouthkateers,” to stop the Mexification of poutine.

“We’ll stop these pou-tos if it’s the last thing we do,” said Chef du Police Culinaire Maurice S. Cargot, who is, coincidentally, an actual chef.

While authorities have yet to pinpoint where the craze began, they believe they have traced “pou-to zero” to Le Ligne Rouge restaurant on Jean Telon Street.

“In comes this guy with his own tortillas — what was I supposed to do?” said owner Jean Claude Celine Dion Cohen.

“I would have told him to get the hell out, if I wasn’t Canadien,” said Cohen.

The dish is now quite popular, Cohen said, and it is unlikely that authorities will be able to eradicate pou-tos now that the public has had a taste.

FIFA has warned that if pou-tos aren’t eradicated, Montreal will be disqualified from the World Cup.

In related news, the crackdown on pou-tos has angered members of the local Mexican community, as it follows on the heels of police sweeps of clandestine Cinco de Mayo celebrations earlier this year.

Montreal authorities had ouef on their face, however, when 30 “conspirators” busted in a heavily-hyped police operation turned out to be guests at a quinceañera celebration scheduled for May 5.