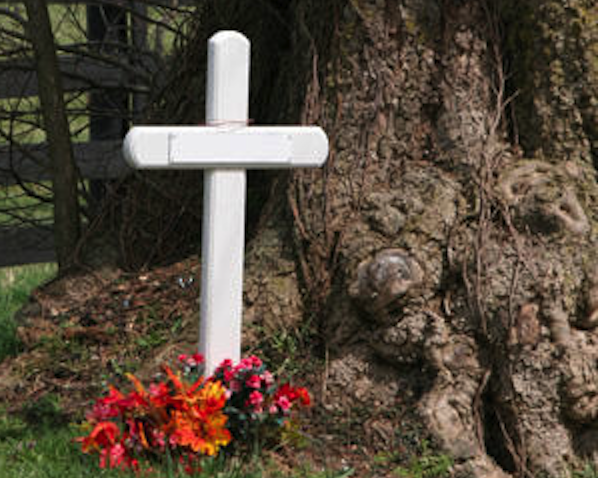 (PNS reporting from HOUSTON) Sara Maestas placed a two-foot-high cruz on her only son’s lawn early this morning — a cross in remembrance of his latest failed relationship.

The 32-year-old transactional lawyer got dumped Saturday night by his novia, less than 20 minutes after he blew off a dinner date. And now his mother’s white polystyrene cross, adorned with flowers, sits front and center on Benjamin Maestas’ lawn in Montrose.

Just before a scheduled 6 PM Saturday rendezvous at Hugo’s Regional Mexican Cuisine, girlfriend Vicki Gardea got a text from Maestas saying he couldn’t meet due to “a short deadline to close on a shopping center for a multinational client.”

Gardea, who had been dating the attorney on and off for two years, received the text shortly after ordering and finishing an Azteca de Oro brandy on the rocks in a old-fashioned glass, which may explain what happened next. 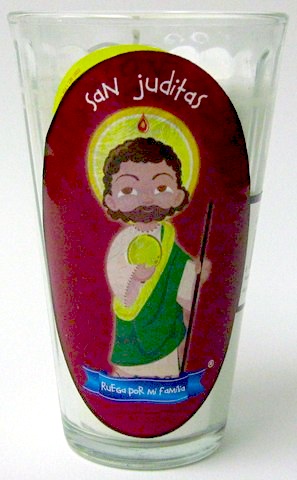 “This is bullshit!” Gardea decided, then called “her amigas” and made plans to go salsa dancing.

But first, Gardea, 28, a petrochemical engineer, phoned Maestas to let him know “relationships need both parties invested and you are simply not.”

“She is a buena persona. Smart. And her family comes from Zacatecas. I was already thinking of nietos,” she complained. Maestas plans to add San Judas Tadeo votive candles and a handwritten prayer to the shrine this afternoon.

According to several sources interviewed for this story, Maestas has dated very accomplished Latinas, but the relationships fail “due to his narcissistic pursuit of professional goals.”

“He is a nice guy,” Gardea said, “but niceness goes only so far when he repeatedly cancels dates due to work. I wasn’t looking for marriage or kids anytime soon. I have professional goals, tambien. But trying to please your bosses at the expense of your family and friends is unhealthy.”

When asked for his side of the story, young Maestas demurred.  “I can’t talk right now,” he said. “I need to reach my billable hours this month.”

Mama said she was going “to visit this cross frequently” since it was the last chance for the Maestas lineage to continue. “I may soon have to place another white cross for the Maestas name.”