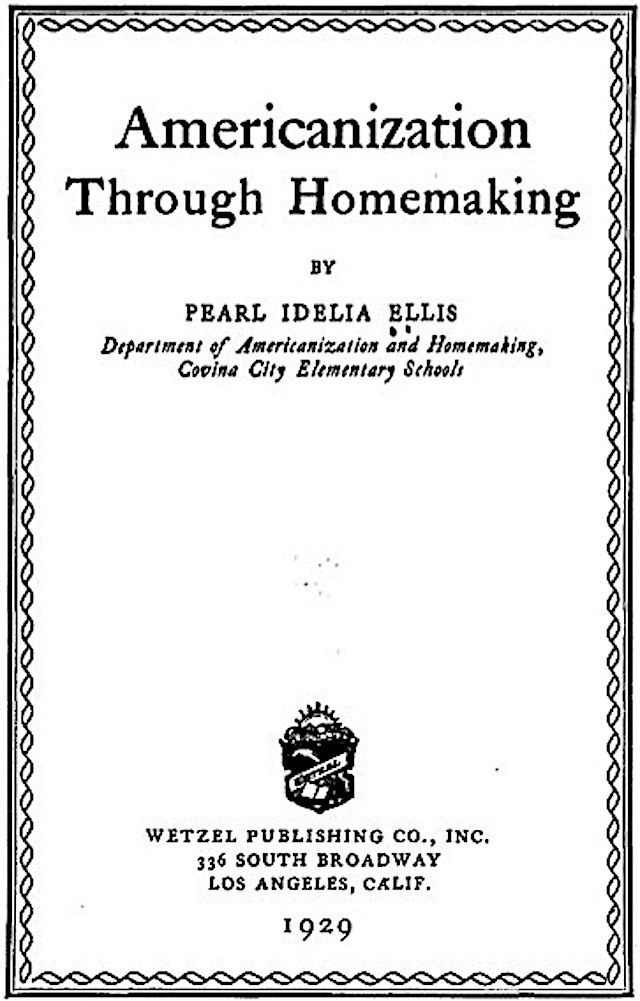 Is what you eat political?

Do you accept the claim that your food choices determine your social order in this world?

And do you accept that conforming to white American norms in eating is important in transforming people of color into better citizens? Will assimilating one’s food choices make people of color less prone to crime and revolutionary tendencies?

Believe it or not, this is something that has been explored and well discussed in our communities for over a century.

In the 1920s in Southern California there were social reformers who were sent on transform the eating choices made by the public, especially among the immigrant working-class.

One of the most notable reformers to arise in this era was a lady by the name of Pearl Idelia Ellis, of the Department of Americanization and Homemaking, of Covina City Elementary Schools.

She was the author the guide Americanization though Homemaking which was published in 1929, detailing her work.

Ellis’ work was based in Southern California, which put her in contact with local Mexican American homemakers. Where she would set an agenda for transforming their food choices into ones which made them more like the Anglo Americans they were expected to model.

In 1915 the California state legislature had passed the Home Teacher Act, which would allow school districts to employ teachers “to work in the homes of the pupils, instructing children and adults in matters related to school attendance,… in sanitation, in the English language, in household duties,… and in fundamental principles of the American system of government and the rights and duties of citizenship.” This legislation was largely born out of an Americanist panic that arose at that time, as nativists insisted that society demanded that these so-called uncultured immigrants be Americanized.

This legislation enabled reformers like Pearl Ellis to take her work directly into the homes of the people she was trying to effect, with the official authority of state and local government behind her. While the work of Ellis extended into modeling almost every form of homemaking, she took special attention to food. She spent much time and energy with special concern for the nutrition of families and trying to influence their food choices. 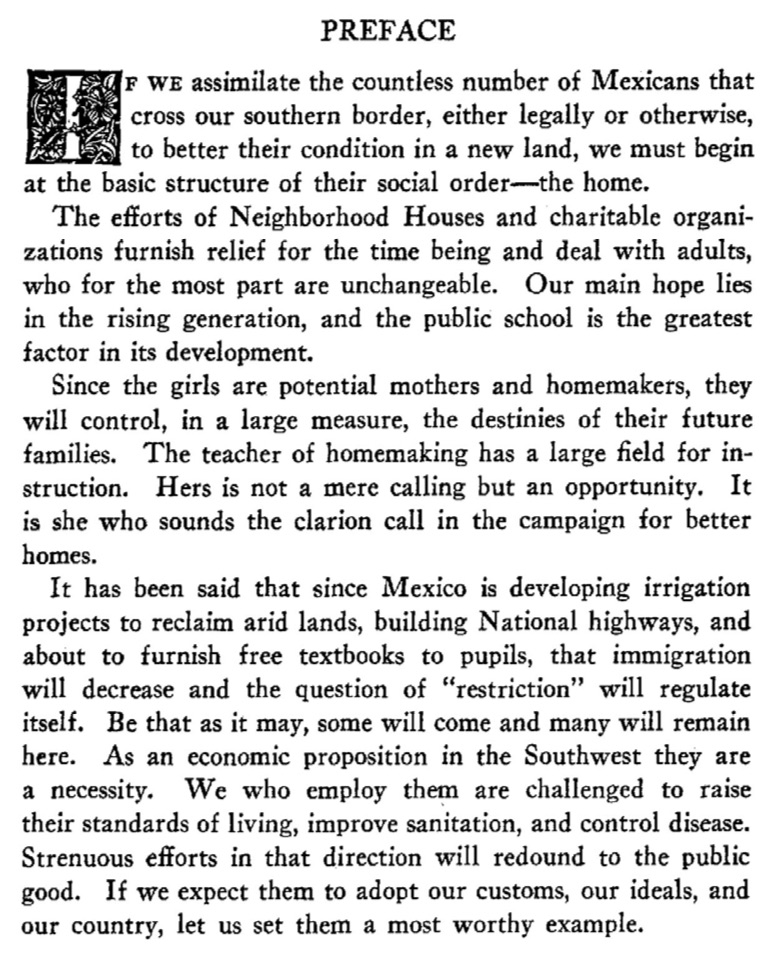 In this manner she instructed mothers in making what she determined to be affordable and suitable food choices. She even went as far as to provide menus for their school lunch choices: “One glass of milk; one cheese sandwich; one lettuce sandwich; one graham cracker sandwich; one apple or pear; one cooky [sic]”.

She would set for people a top-down approach in how to transform Mexican homes into Americanized homes, starting with their choice for a child’s lunch. And based on the assumption that the dietary issues of the community was not based on a lack of food, but rooted in their poor choices of foods.