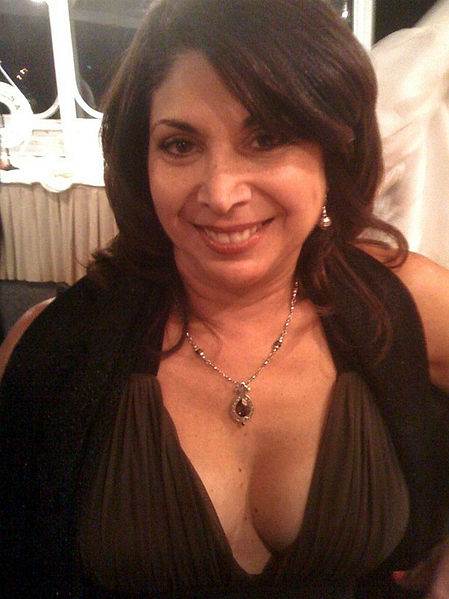 (PNS reporting from SAN ANTONIO) The recent loud family dispute at her home here was due to “pura envidia” on the part of her husband’s people, according to Adelia Lázaro.

“They are just envidiosos because we have worked hard to have this mock-Tudor home in Stone Oak closer to the north side than them,” the San Antonio native and mother of three told PNS.

“They just want what we have and can’t be happy for us!”

The way she tells it, Lázaro and her husband Tomás have been married for 17 years, but his family was always jealous of her. “Maybe,” she said, “it’s because I have hazel eyes instead of brown eyes like Tomás and all of his family, or maybe it’s because I went to Austin for college instead of just San Antonio like all of them.”

“At first they were joking with me about being ‘creída’ or better than them, but over the years I just got tired of it,” the Stone Oak resident said. “And Sunday dinner was the last straw.”

When she told Lázaro’s sister that her husband took her summer clothes shopping at Macy’s, Cecilia retorted that “Lázaro must have a lot of money to go to the mall instead of Target or JCPenney® like the rest of the family.”

The family dinner, following her niece María’s soccer game, went downhill from there.

“I just wanted to enjoy my michelada, why does she have to be like that?”

Although husband Tomás has been running interference in the family dispute, there has been no word as of press time whether the envidia had subsided, or whether a limpia was going to be necessary to get rid of this extreme case of ojo.

Photo of woman not involved in this story by jacrews7.