Anything good on tonight? Why yes there is, and thank you for asking: 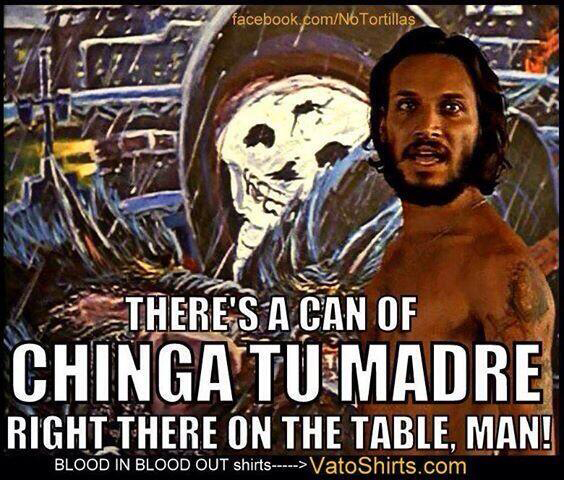 (PNS reporting from TAMPA) Chicano actor Jesse Borrego, famous for Blood In, Blood Out, is set to unveil a new salsa that he says will “light a fire under your ass!”

The salsa, named “Chinga Tu Madre!” will be sold in cans only and is slated for release this September by the Rick Bayless Division of Frito Lay.

Borrego invited PNS to sample some of the salsa Tuesday at what he calls his “private office.”