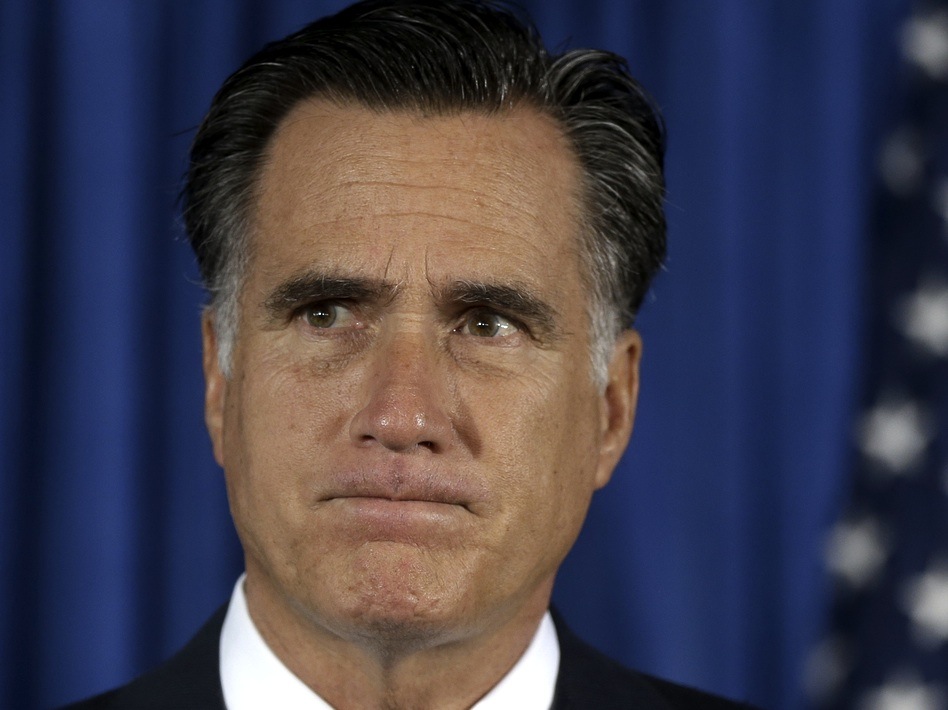 (PNS reporting from BOSTON) Mitt Romney woke up a broken man Wednesday morning and experienced something unimaginable: He had become part of the 47%.

“I never thought this would happen to me; my whole life has been turned upside-down,” he told PNS.

A moping Romney emerged from his down-quilted bed and silk sheets at about 7AM and wandered down to breakfast where his staff had  prepared  farm-raised, hand-fed chicken eggs with organic arugula imported from South America and water imported from France. And then he made the call he had been dreading — a call to his chauffeur, Carlos Peres.

Dejected Romney then began one of the hardest car rides in the back of a custom-made limousine of his life: to the nearest office of Massachusetts’ Department of Unemployment Assistance.

“When I made those 47% comments, I was thinking of poor people, of lazy bums, of people of the black or brown persuasion — not someone like myself, Ivy League material. I don’t know how I got to this place,” he said, as he instructed his assistant to fill out his unemployment application with a $3,000 fountain pen from Switzerland.

“All I know is that my career — running for higher offices based on my good hair and feeling of entitlement — is over. Now what do I do?”

Romney had his people submit his application for him from the comfort of his warmed leather seats as he made business calls and pondered his future.

Although he is only 65, and could conceivably run again, he worries it might create more wrinkles on his near-perfect face. The prospect of having to do work or go places where people aren’t adoringly calling his name is not appealing to him, so he’s left with only one choice:

I’m going to do what most people would do in my shoes — go to the Bahamas for a few months. There I will do some soul searching, and hopefully, when I get back to the States, Lord willing, I will land on my feet.