UPDATED JUNE 25: Now that the Supreme Court says it’s OK for Arizona’s cops to continue their demands for “papers,” this advice video for folks contemplating a drive through the Hate State of Arizona is even more critical. From Familia del Barrio. Watch and learn!

—
(MARCH 24) The U.S. Supreme Court today hears the appeal from proponents of the racist Arizona SB1070 law, which legalized racial profiling in the Hate State. Long before this vile measure was challenged by legal experts, it was spoofed by in the Mexican cartoon series Familia del Barrio.

Their animated episode Arizona-me details how the cartoon family wanted to cope with this foul attack on immigrants. Click the [CC] button for English closed captions. (NSFW language Spanish and English.)

And look below to see how their fans coped. 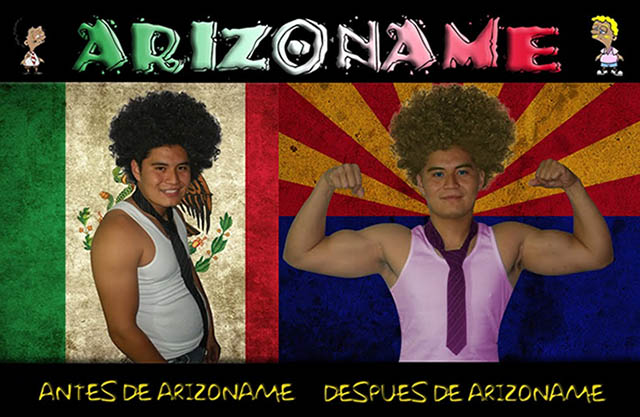