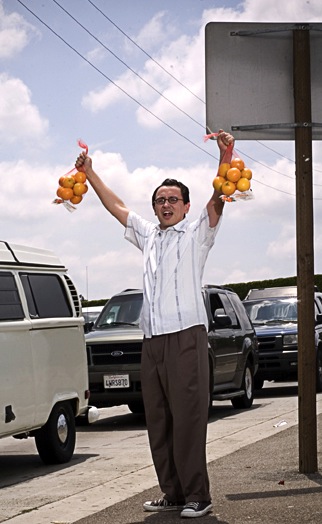 Let’s face it, folks: ustedes have a PR problem. The Grand Canyon State has had it rough these past couple of years, thanks to crazy laws and politicians targeting anyone who “looks” undocumented, which usually means anyone who “looks” Mexican, whatever the hell that means. Even in the good times, Arizona is the middle child of Aztlán, usually forgotten in the eternal squabbling between your older, más creídos brothers, California and Texas. And let’s not even talk about New Mexico, which just stands there to the east, all Hispano and stuff.

Americans knows Arizonan Latinos only as victims of legislation and brutal heat. If you ask the rest of the U.S. to name one famous arizoneño, they’ll say Linda Ronstadt for sure, and the smarter ones will remember that Cesar Chavez was from Yuma. Other than that, America’s knowledge of your lives, history, and accomplishments is relegated to getting a quick bite to eat at a Filiberto’s while driving on I-10. But I know you, Latino Arizona. I know the worth of ustedes. Far from the media’s gaze, your kind has not only been successful, but you have fought the good fight with grace under nastiness. Your courage and determination has set an example that the rest of nosotros Latinos in the U.S. can only hope to emulate.

As you graduate today, remember that ustedes are heirs to a proud tradition of role models, hell-raisers, and all-around mensches. The heroes are many and from across the state–from the past, Raul Castro of Flagstaff, Tucson’s Maria Urquides and the Mexican families of Clifton who took in Irish orphans in 1904 only to have them violently taken away. In the present day, tienen everyone from Macarthur genius grant winner Rueben Martinez of Miami to activists who do everything from keeping Mexican-American Studies alive in Tucson high schools to facing down Phoenix’s wacky politicos. And let’s not forget the many DREAMers who have inspired a nation, including ASU’s own Erika Andiola. These are just the ones that I know; there are numerous others, from the high school counselor to the successful businessman, the estudiante to the nonprofit saint, whom I’ve yet to learn about. None of these people had or have it easy, yet in that discomfort, in their respective fields, Arizona Latinos like them have fought for a better place for your community and for the rest of us nationwide.

It’s this history that makes me confident ustedes will do glorious things, whether your major was in business or Transborder Studies, engineering or philosophy. And, you already have accomplished much. So as you go off to life, remember where you came from, and never be ashamed to tell the world the school that forged you into young men and women–Arizona State University, in the state of Arizona.

Even if this isn’t your native state, even if you’re leaving after this afternoon to return home, you’re now part of this proud tradition. I know the power and potential of Arizona’s Latinos because I’m descended from two. My abuelita was born in Metcalf, nowadays a ghost town near the Morenci Mine, while my grandfather arrived there at age four and stayed until his teenage years. Metcalf served as the entry point for hundreds of people from my rancho in Zacatecas during and after the Mexican Revolution. Those pioneers went on to be the parents and abuelos of professors, entrepreneurs, politicians–Latino success stories, all of them. It was in those copper pits that my ancestors learned to fight for a better life, to never take discrimination lightly, and to never forget your roots.

And if it was good enough for my ancestors, it should be good enough for everyone else. The Arizona Latino is a magnificent person, and this graduating class is the latest generation to fulfill your raza’s destiny. Now, time to proclaim it to the rest of America–tell them what I’ve just told ustedes, and don’t be shy about it. Gracias, and God bless.