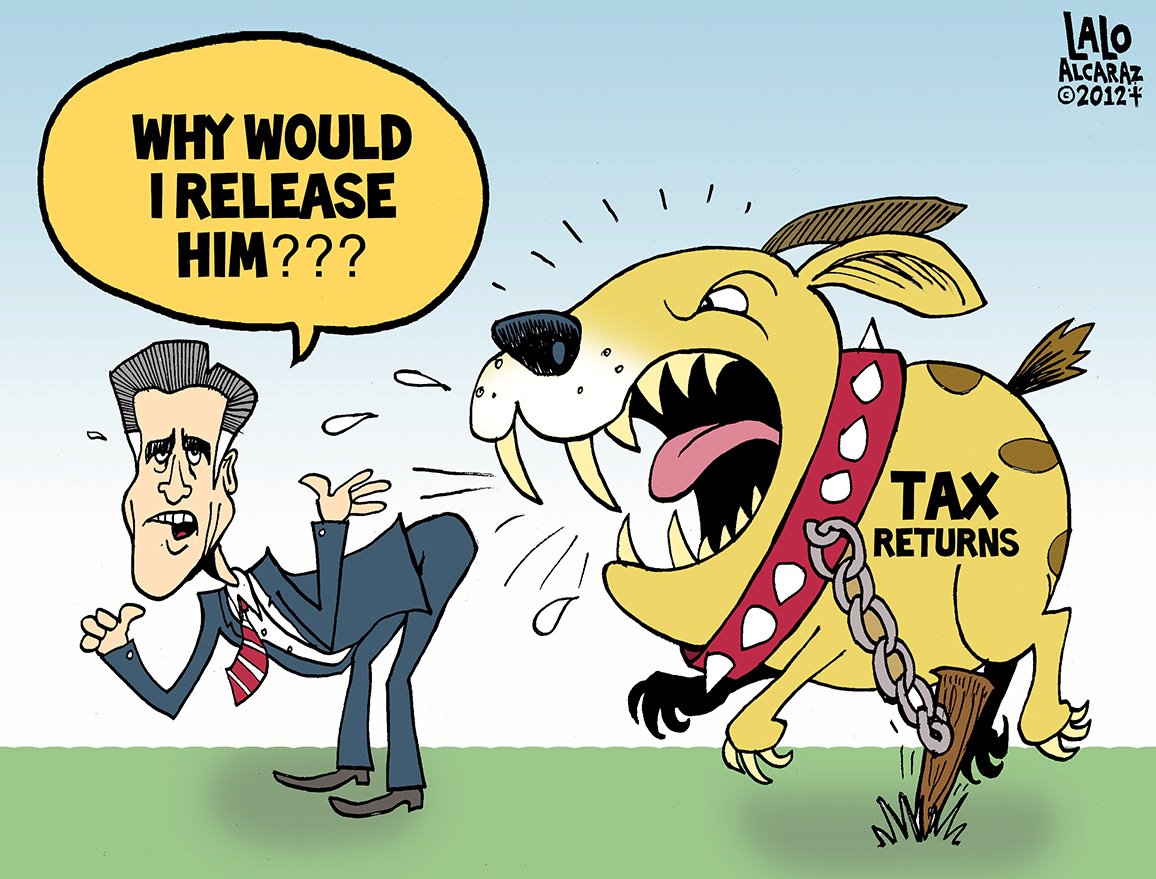 8. In 2001 he took a huge tax loss after a franchise scheme called Illegals Я Us failed.
7. In 2006 he sought medical reimbursement for malaria contracted after swimming in a giant pool of money.
6. In 2009 he claimed his Cayman Islands bank account as a dependent.
5. In 2002, he listed a tax write-off for flop Broadway production Magical Underpants Mystery Tour.
4. In 2007 he claimed dual spousal deductions — Ann Romney and Olympic horse Rafalca.
3. In 2003, his biggest business expense was rope for “tying dog to car.”
2. In 1999, five households’ worth of servants categorized as personal property resulted in massive depreciation deduction.

In 2010 he deducted time travel expenses for ten trips into the past to un-baptise Anne Frank ten times.