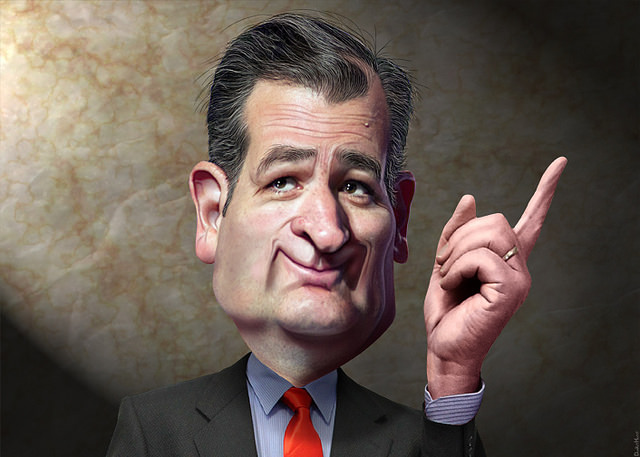 Senator Ted Cruz (R-Texas) has reintroduced legislation to take away federal benefits from same-sex married couples. But this troglodyte’s penedjitis is too advanced to stop at one stupid and hateful idea.

8. Federal guidelines on subsidized school lunches for poor children shall encourage incorporation of nutritious roadkill meat, especially racoon. Now yer ‘coon is a touch on the greasy side, not sweet like ‘possum, but if you cook ’em up right, mmmmmmm, racoon!

7. Women banned from buying condoms because it curtails a Man’s Right to Reproduce.

6. Solar energy outlawed because it sucks the light right out of the Sun.

2. Immediate deportation of all undocumented immigrants with no Juan left behind: The Comprehensive Omnibus Naturalization Opposition Act (CONO) Act.