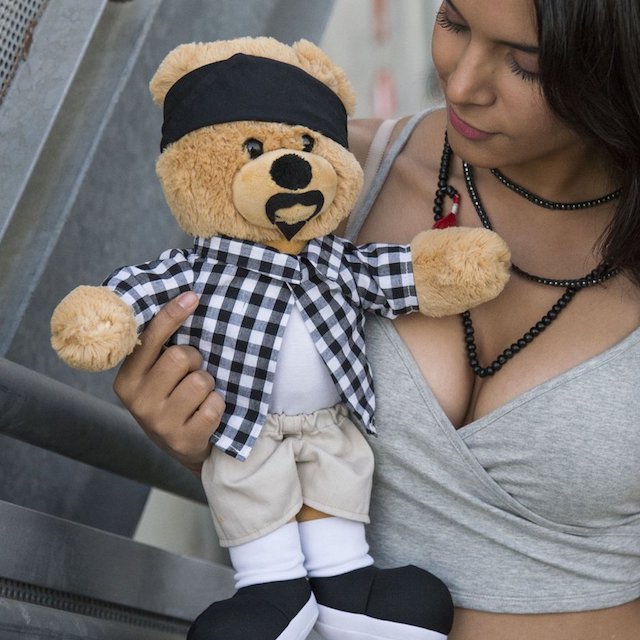 It wasn’t until one hot Saturday morning, on my way to La Paloma, when one of the homeboys called me out for a fight. His name was Javier, an inductee of the Hill Boys who challenged me for my nickname, Smiley. A veterano gave me this nickname because I was always made him laugh. Eventually, everyone called me Smiley, including my parents.

Although I never belonged to a gang — my application was rejected because I was too thin — I could never show signs of weakness or else I would become easy prey on the mean streets of the Eastside. Despite my initial reluctance to fight, Javier and I were to exchange blows, not for any grudges or personal issues, but for the right to be known as Smiley #1.

Long before our fight, Javier and I would bump into each other at the hill on our way to La Paloma Market. We would acknowledge each other with casual nods of the head. During these encounters, we established a friendly relationship, despite our obvious differences. While I sported my Los Angeles Lakers jersey with my K-mart Lee’s jeans and Converse sneakers, Javier strutted along with the traditional gang attire — a neatly creased, white JC Penny T-shirt with brown, baggy khaki pants and Stacy Adams shoes. He also never left home without his Pendleton, neatly folded around his arm. He was a wannabe cholo back then.

But our casual relationship changed that one Saturday morning, as Javier was being initiated into the Hill Boys. To become a Hill Boy, the inductee had a choice of either walking through parallel lines of homeboys to suffer hits and kicks until reaching the end, or fight against three of the toughest homeboys, while the other homeboys count up to ten. Javier chose the latter. As I watched Javier’s initiation from a safe distance, I witnessed his futile attempt to fight back against an onslaught of blows.

“One, two, three, four…,” the homeboys slowly counted up to ten.

Javier stood up as long as he could, but his knees finally buckled at the count of eight. The homeboys finished the last two counts with kicks to Javier’s back and legs. It ended with a loud “¡Basta!”

Herbie, one of the homeboys, got in a last kick to Javier’s left shin.

“Congratulations, man, you’re one of us,” yelled Duke, the gang leader.

Javier slowly rose to his feet and tried to dust himself off. His neatly pressed T-shirt now sported rips, dirt and blood. All of the homeboys welcomed him with a bear hug. Almost in unison, they asked Javier to decide on a gang name.

“Smiley,” he shouted, grinning with blood and dirt on his teeth.

“You know that Smiley is already taken,” said Duke, as he glanced and pointed in my direction. “Choose another name, man.”

“Well, why don’t we just duke it out for the name?” Javier asked.

“Come in closer, Smiley,” yelled Duke, as he nodded at me. “You’ve been challenged to a fight. What’s it going to be? Are you going to fight or chicken out?”

As I approached the homeboys, I thought about the promise I made to my mother that I was not to take part in gang activity. Since my nickname was not gang related, I didn’t feel obligated to defend it. It was just a nickname, I thought to myself. For Javier, however, it was more than a nickname. It was his new identity. It represented his new way of life: a proud member and defender of the Hill Boys. And there could only room for one Smiley #1.

As I got closer to Javier, he began to mad dog me. At that point, I had no way out. I was the only thing that standing in his way to become Smiley # 1.

Before I could finish, Javier rushed at me, swinging in all directions. < !––nextpage ––>

“Who are you calling Javier?” he shouted, coming at me with full force. “I’m Smiley #1, punk!”

I put my hands up and started to fight, trying to defend myself against a determined foe.

After two minutes, Duke broke us apart to see if I wanted to quit.

“I’m down to keep going, if he’s down,” I said, knowing that quitting was not an option in my neighborhood.

Waiting for a verbal response, Javier suddenly hit me on my chin. I went down like George Foreman against Muhammad Ali in the “Rumble in the Jungle.”

“One…two…three…,” one of the homeboys counted.

“You’re out of there,” proclaimed another homeboy.

I slowly opened my eyes, trying to bring the homeboys’ faces into focus.

“And the winner and new champion, all the way from the big, bad Hill Boys gang,” shouted an exuberant Duke, as he raised Javier’s arm up in the air, “Smiley # 1.”

As the applause dwindled, Javier helped me to my feet and gave me a hug.

“Thanks for helping me up, Smiley,” I said to him with a look of defeat. “I have to go now. My mother is waiting for her tortillas de maiz and chicken.”

When I got home, my mother asked me, “What happened to you?”

“¿Qué?” I blurted out, pretending that nothing was wrong.

She looked up at me, before inspecting the grocery bag. “You’re a mess, Smiley. And why did it take you so long?”

“Oh…uh…I was chased by some dogs and fell,” I said.

“How many times do I have to tell you to go through the hill?” she scolded me. “Well, I need you to return to market and return this chicken. It smells.”

“Why do I always have to go?” I said, as I shot a glance at my brother Salomon. “Why don’t you send him?”

“You know that I can’t rely on your brother. He always forgets to get everything I ask him for,” she explained.

“Maybe he forgets on purpose?” I responded with respect.

Salomon kept quiet, concentrating on I Love Lucy. I’m sure he heard everything we said, however. A little grin crept across his face, yet I couldn’t tell what amused him more — my predicament or the television program.

“What?” my mother asked.

I paused for a moment and coughed. Salomon was still slouched in front of the TV, as I noticed his eyes shifting toward me.

“Please,” I said in a clear voice, “I don’t want anyone to call me Smiley, anymore!”

My mother shook her head, turned on her heal and walked to the kitchen without saying a word.

Salomon’s eyes turned back to the television, where he let out a little laugh.

I walked to the front door.

“Have fun,” said Salomon, as I stepped out onto the porch.

I let the screen door slam behind me, nervously anticipating what darkness awaited me in the projects.