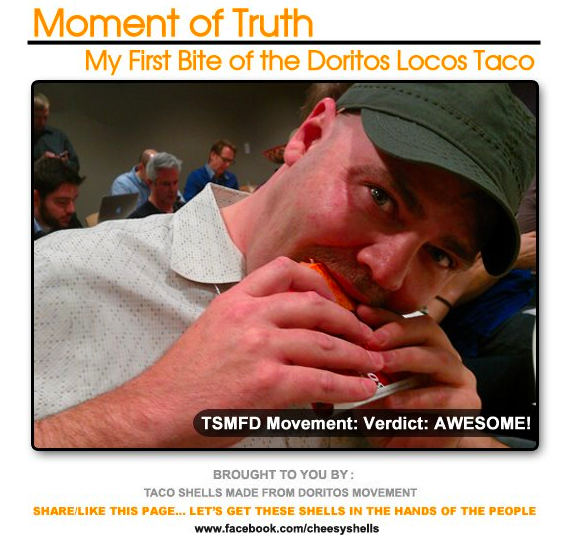 “He was a master with Photoshop, and he created this movement,” [his friend Jimmy] Looney said.

One day, Todd noticed Taco Bell had commented on one of his images.

“He was really excited,” [widow] Ginger Mills said. “Taco Bell was paying attention to him. Of course, we called everyone we knew.”

In 2012, Todd Mills received a phone call from Taco Bell. The company was developing the prized creation — calling it the Doritos Locos Tacos — and wanted to fly Todd out to its test kitchen in California. He was among the first people to try the new product.

POCHO salutes Todd Mills, whose All-American love for Doritos (invented in Disneyland, according to our amigo Gustavo Arellano) is shared by raccoons [NSFW language]: