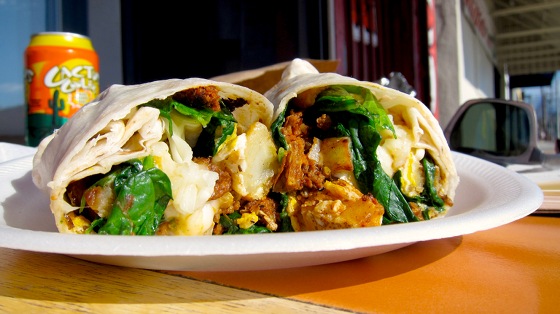 But breakfast burritos are an anomaly in some parts of Texas, where breakfast tacos are the norm. 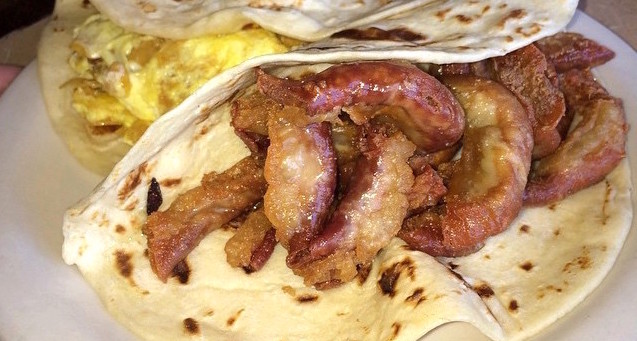 But in Austin — Texas’ non-denominational hipster mecca — Lalo noted that breakfast tacos are new to certain segments of the community (photo dramatization, below): 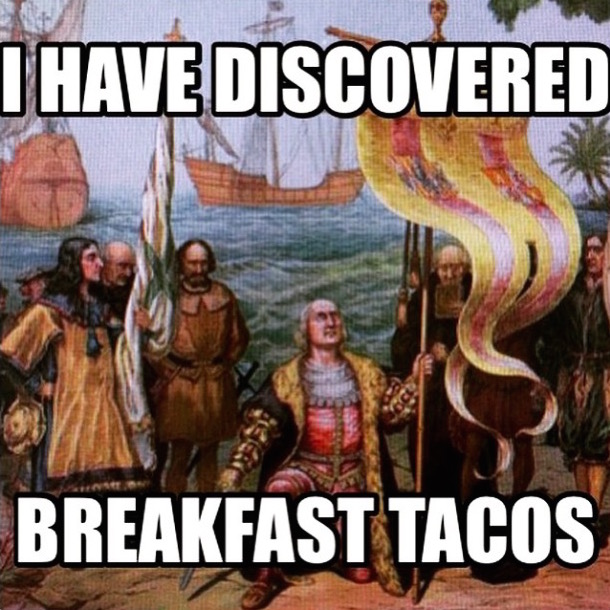 My recommendation is the Machaca Beef and Egg Wet Burrito at Los Tacos in West Hollywood, in the mini-mall with the Seven-11 and the Wash & Cruise gay laundromat across from the Method Acting school on Hayworth Avenue:

Your mileage may vary.