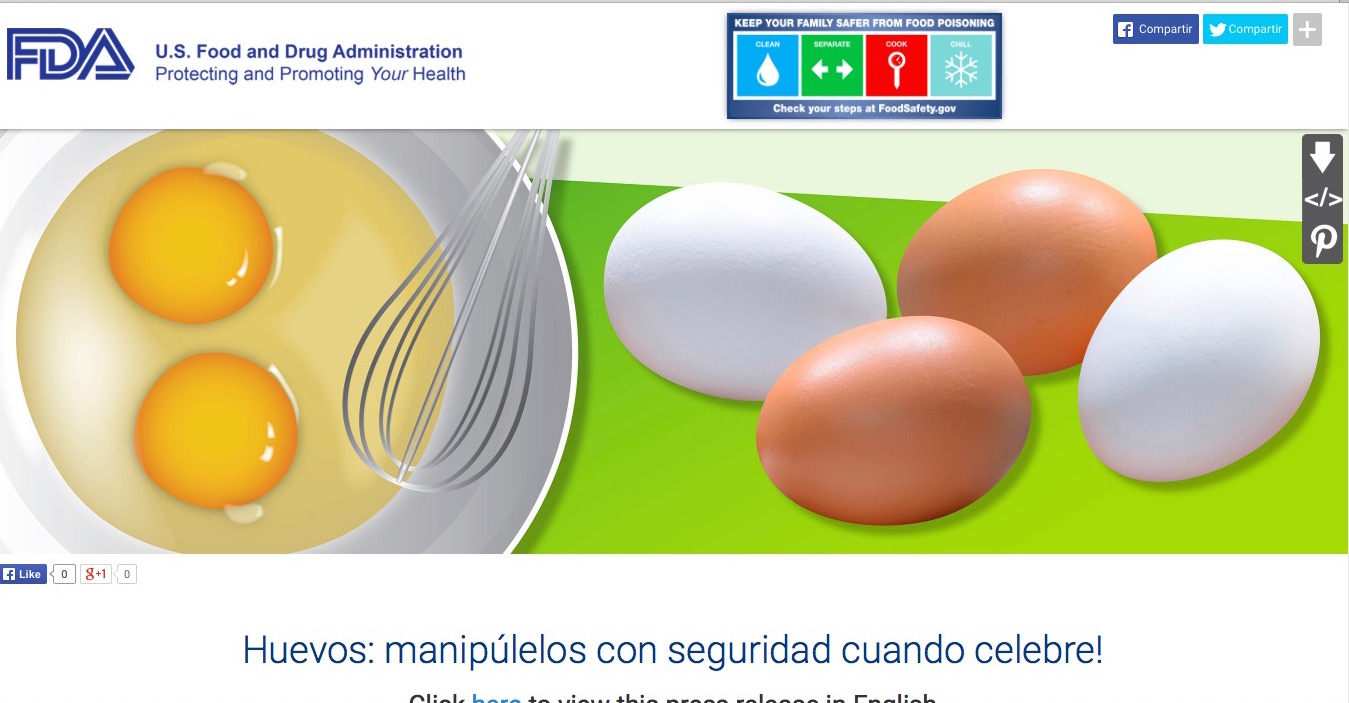 Technically, the word I should have used above, in the headline, is “Manipulates.” As in, “Safely Manipulate Your Balls When You Celebrate!”

That’s what the Federal Drug Administration advises this season, anyway. (Screen capture, above.)

But I’m a writer who has spent a lifetime in both advertising and journalism, and I know the value of good clickbait when I have it in my hands.

Er… Line of sight. Sorry, I’m distracted by the FDA advising me to fondle one’s nether regions for Easter.

Anyway, back to the power of words  — something that the FDA forgot about when they hired a translator to churn out a press release in Spanish. Its English counterpart makes sense, and advises against handling raw Easter eggs; nobody likes a visit from the Salmonella Bunny.

However, in the rush (or cost-cutting, or corner-cutting) to reach Latino audiences, they nailed the Spanish language, but not the culture. Technically, yes, a huevo is an egg. But depending on context and how it’s used, it can also mean balls. Testicles. Manly parts.

Which is why I’m raising a sidelong glance at gems from the press release, advising me to adequately manipulate my balls during festive holiday occasions, lest I get food poisoning.

I don’t know what you dip YOUR testicles in for Easter, but this is apparently of enough concern to the FDA that they want to spread the message far and wide.

You can argue that they should just put out a release in English and be done with it, but there’s a good argument for reaching as wide an audience as you can when it comes to issues of public safety.

Or maybe, like Fortune 500 brands, the FDA knows that the Latino community has a higher-than-average number of family members; a higher propensity to celebrate big holidays; and, in conjunction with our $1.3 trillion buying power and spending patterns, we make for a great market to target these days, period.

It could be that, like many advertisers, the Federal Drug Administration made a serious error…

They thought that by grabbing one single Spanish-language translator at the end of their messaging process, after all of the hard and creative work had already been done, they’d reach plenty of new Latino audiences. In Hispanic advertising, we see this happen all the time — when brands or even ad agencies forget about Hispanic consumers until the very last minute, then try to rectify the message by slapping a few vaguely Mediterranean-looking actors into a story designed for wide, non-ethnic audiences, and translating it into Spanish.

I can tell that there was probably only one Spanish speaker, isolated from other Spanish speakers, involved in creating this FDA press release, because if you’d gotten two of us together and read it aloud, the resulting squeals of laughter would have been audible from beneath even the deepest pile of Marshmallow Peeps. Latin culture is a complex, scattered, fascinating collection of sub-cultures and overlapping linguistic and cultural touchstones, which is a fancy way of saying it is the Turducken of consumer markets, and no one can or should tackle that alone.

So, how do you avoid missteps like this one, or this one, if you want to advertise to Latinos without accidentally telling them to ice their balls when you mean they should chill their Easter eggs?

First and foremost, there’s safety in numbers… assembling multiple Latino voices provides multiple layers of protection for your messages; it serves as natural system of checks and balances for the language as well as the culture.

Second, plan ahead. If you bring those Latin cultural experts to the table early in the game, when you’re deciding what story you want to tell (whether it’s a film, TV series, webseries, book, advertisement or public service announcement, you stand a much better chance of hitting your target audience.

Waiting until the last minute, and putting a hasty translation on top of things is just, well… putting all your testicles, balls and eggs into one basket.

*UPDATE: The FDA has rewritten their headline:

(Fresh eggs in the shell: Handle properly when celebrating!)

Could this excerpt from POCHO’s web visitor logs explain why? 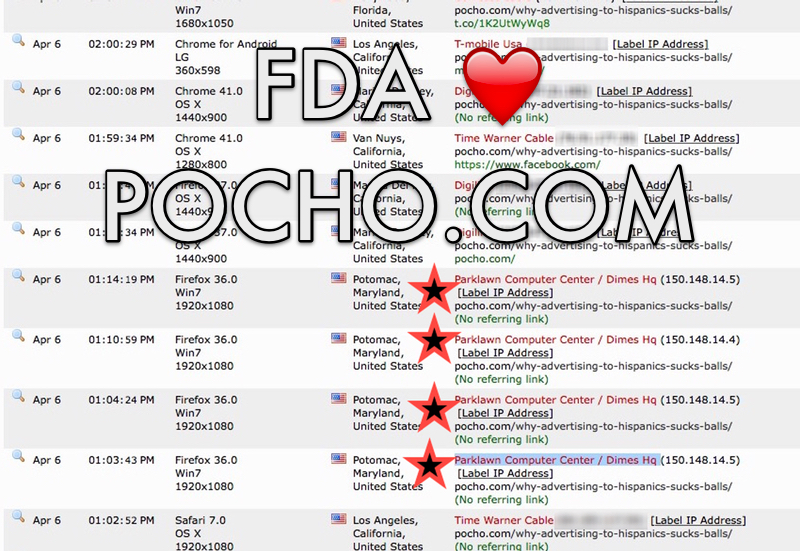 Bernadette Rivero is a writer and the president of The Cortez Brothers, a production company and creative development hub in Los Angeles dedicated to getting Latin culture right. She enjoys dyeing Easter eggs, but not testicles, once a year. On the Twitter, she’s @CortezBrothers.