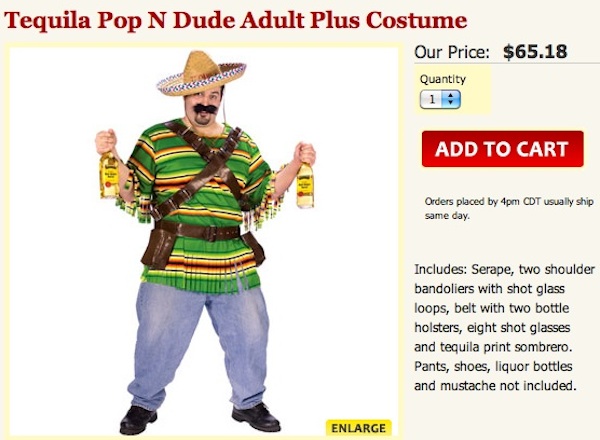 (PNS reporting from SAN ANTONIO) Can you speak eSpanish like Mexican Mitt? Can you dance around a sombrero at a moment’s notice? Do you crease your Dickies until they can cut through glass? If you answered “no” to any of these questions then you might be a fake Mexican, just like San Antonio Mayor Julián Castro.

In the latest “fake Mexican” scandal, Castro made headlines across the country as the first Latino keynote speaker at the Democratic National Convention earlier this month, but his glaring lack of forced Spanish catch-phrases has some people questioning his Mexican card. Some have even dared to call the vato a pocho…

During his historic DNC speech, pundits noted his non-Mexicanness. England’s The Guardian questioned whether Castro could be considered Mexican at all, citing a lack of authentic indicators.

In an interview with PNS, Guardian editor Alan Rusbridger wondered where Castro’s sombero was and why he did not don a mariachi uniform nor sing.

“This bloke – what’s his name, yeh?  Cats-ro, right. He didn’t even have on his knickers with the bells on ‘em and whatnot. No trumpets, no sombero. And you want us to believe he’s Mix-ican? Ha! Not bloody likely,” Rushbrider said.

And he was not alone – CNN’s Wolf Blitzer repeatedly commented on how well-spoken Castro was and said his his lack of facial hair and sunglasses was throwing him off.

“Isn’t this kid supposed to have a Raiders jersey on or something? Someone told me to look for the spider web tattoo and the teardrop..? Do we have the right guy? He looks too…wholesome,” Blitzer said. “Someone should fact-check that.”

But does not having an authentic serape draped over you at all times make anyone less Mexican? Does knowing the proper steps to the Mexican Hat dance give you more street cred with the general public? Should De Colores be a cultural requirement?

Only 36% of Pocho.com readers considered knowing the words to De Colores a “crucial” part of the heritage while nearly 64% answered, “Simón, ese, you better know that shit.”

A whopping 85% said that Julián Castro had better have a tricked out Impala in the garage (or at the very least a project car) and have copies of Blood In Blood Out, Mi Famila AND American Me on DVD as well as Satana’s first three albums or he would get his Mexican-card pulled the next time he stepped out for some barbacoa and Big Red.

Many however, agree with Shady Espinoza, founder of I’m Browner Than You, an organization dedicated to in-fighting, that the Spanish language is only part of the requirement and that we “owe it to our ancestors to learn Nauhuatl” as well.